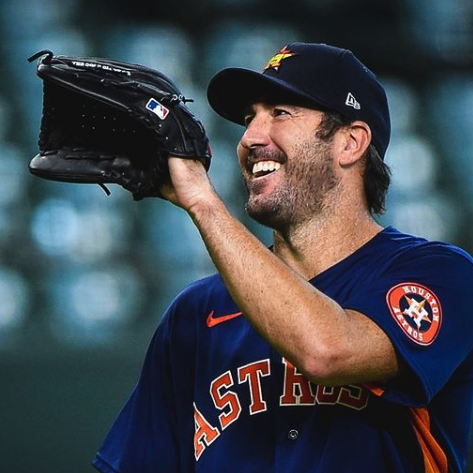 Justin Verlander is a professional baseball pitcher in the MLB who is currently a free agent, although he is considered one of the best pitchers in the 2010s. In his early career, Verlander pitched for the USA national baseball team in 2003, winning a silver medal with the team at the Pan American Games. He was later named ODU Alumni Association’s Male Athlete of the Year in 2004.

Justin’s professional career began in 2004 when the Detroit Tigers drafted him second overall in the 2004 MLB Draft. Verlander made his professional debut in 2005 and played in the minor leagues for two of the Tigers’ minor league teams. That same year, he made his major league debut for Detroit, the location he would call home for the next 12 seasons. Verlander, during this time, was the Tiger’s star pitching in their starting rotation, helping the team win four straight American League Central division titles and two American League Pennants. Verlander now ranks second in strikeouts, seventh in wins, and eighth in innings pitched all time for the Tigers.

In 2017 the Detroit Tigers traded Justin to the Houston Astros. That season Verlander won the ALCS MVP as the Astros’ ace, and went on to win the World Series with the team. Verlander’s accomplishments include eight All Star nominations, leading the American League in strikeouts five times, being the AL Rookie of the Year in 2006, pitching a no-hitter in 2007 against the Milwaukee Brewers and again 2011 against the Toronto Blue Jays, winning a Pitching Triple Crown, two Cy Young Awards, and a World Series.

Book An Experience With Justin Verlander