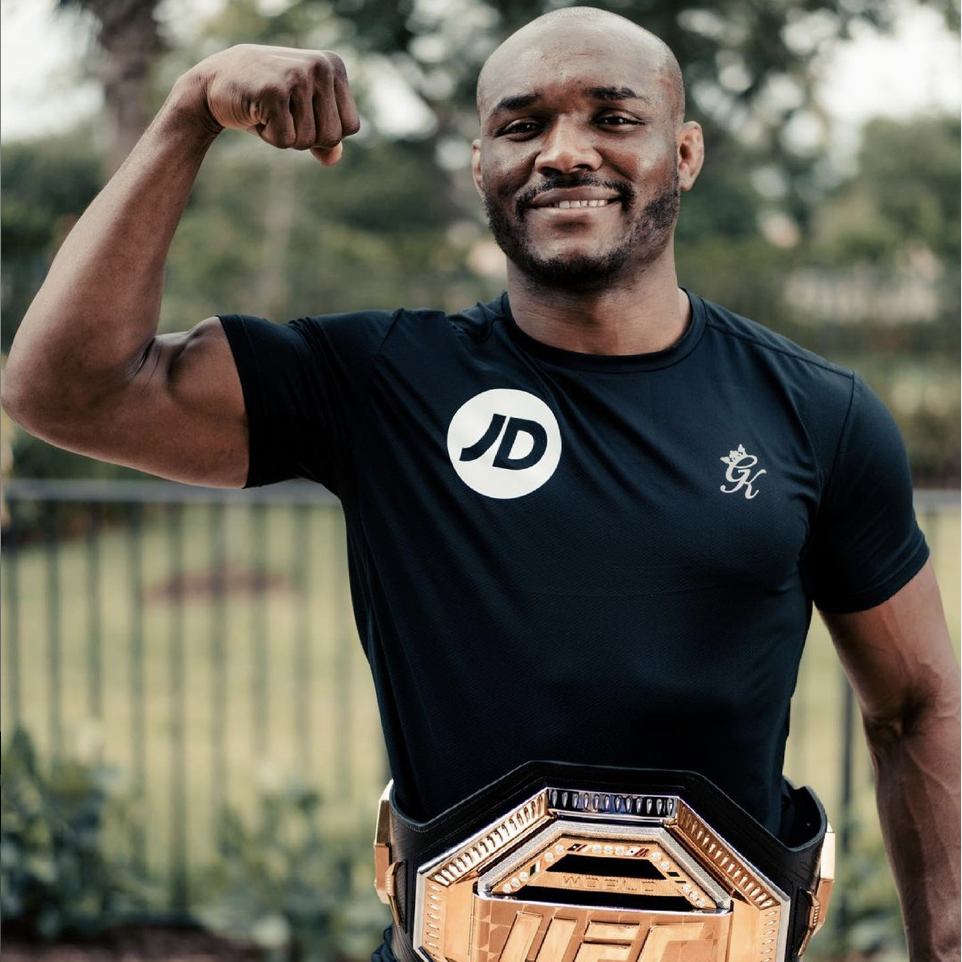 Popularly known as the “Nigerian Nightmare,” Kamarudeen Usman is a highly-skilled, tenacious, and calculative fighter. Born in Auchi, Edo State Nigeria, Usman grew up with two brothers and a sister who inspired his dreams and contributed to his growth. After moving to Texas, he went from fighting with his brothers at a young age to participating in wrestling at James Bowie High School. Arlington TX. After high school, he went on to became the NCAA Division II national champion at 174 pounds at the University of Nebraska Kearney. Earning this title paved the way to a more engaging fighting career.

Self-disciplined, Ambitious, and Focus. Kamarudeen enjoys professional fighting and is grateful for every opportunity he gets to display his talent. Inspired by iconic fighters like Rashad Evans, John Jones, and Mike Tyson, his ultimate goal is to leave behind a legacy and to be regarded as the best in his craft. He is pressing towards this mark and in 2019 he became the first African UFC Champion. Having earned such a title, Kamaru believes that there are even more victorious days ahead and works relentlessly towards achieving all of his goals. He is not only an ambassador for Africa, but also an inspiration for every­me that has a dream to become the best in their field.

Kamaru is not only an incredible fighter, but he is also a great father to his daughter Samirah, who continues to inspire him. His excitement for fighting goes beyond recognition and winning championships. Fighting for him is a purpose, a lifestyle and most importantly a device to motivate people to build them­selves and attain the heights which they envision for themselves. Beyond fighting Kamarudeen is an actor, eloquent commentator and ambassador.

Book An Experience With Kamaru Usman