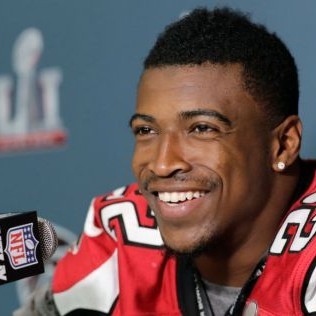 Keanu Neal is an NFL Safety for the Atlanta Falcons. He played collegiately for the University of Florida and was drafted in the first round of the 2016 NFL Draft by the Falcons. Neal was nominated to the Pro Bowl in 2017 and is considered one of the best at his position. He is also a great humanitarian and started VDOGS for Veterans, an organization that strives to help Vets rise up. Keanu also puts on football skills camps for kids during each off-season!

Book An Experience With Keanu Neal