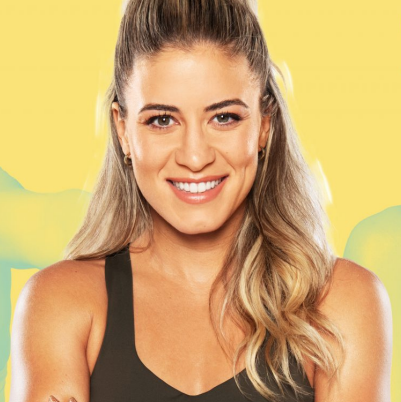 Kendall Toole is a lightning rod of energy, and knows how to harness the collection attention in any room. Kendall is a Peloton fitness instructor, community builder and mental health advocate. Kendall has a background in performance and fitness, having spent time as a gymnast, dancer, boxer and actress.

After graduating from USC Film School, Kendall embarked on a career in content production at a social media company. She soon realized the culture was not the right fit, and embraced boxing as an outlet. This ultimately led Kendall to her role at Peloton, which has catapulted her into pop culture stardom. She has amassed a loyal fanbase through her ability to inspire others to "stay in the fight", her relatability as a fitness coach, and her magnetic personality.

Off her bike, Kendall advocates for causes close to her heart, most passionately mental health. Kendall is fueled by leaving a positive mark on her riders and fans, and motivating those around her.

Book An Experience With Kendall Toole