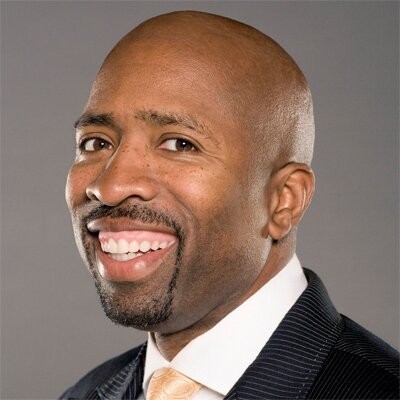 Kenneth Smith, also known as Kenny “The Jet'' Smith is a retired professional basketball player and currently a host of Inside the NBA on TNT. Smith had a 10-year career in the NBA as a point guard and won 2 championships with the Houston Rockets in 1994 and 1995. Smith was drafted 6th overall in the 1987 NBA draft out of the University of North Carolina and would go on to make the 1988 NBA All-Rookie Team. He had quite a career at North Carolina from playing under Dean Smith and alongside Michael Jordan. Smith was a 3-time All-ACC honoree, a consensus All-American and has his number 30 honored by the university. During the summer of his Junior year, Smith was a part of the United States team to bring home a gold medal in the FIBA World Championships.  He grew up in New York and was recognized as a McDonald's All-American before committing to North Carolina. He joined Inside the NBA in 1998 and has been a part of the team that has won 15 sports Emmys awards.

Book An Experience With Kenny Smith

Submit an inquiry if you are interested in partnering with Kenny...