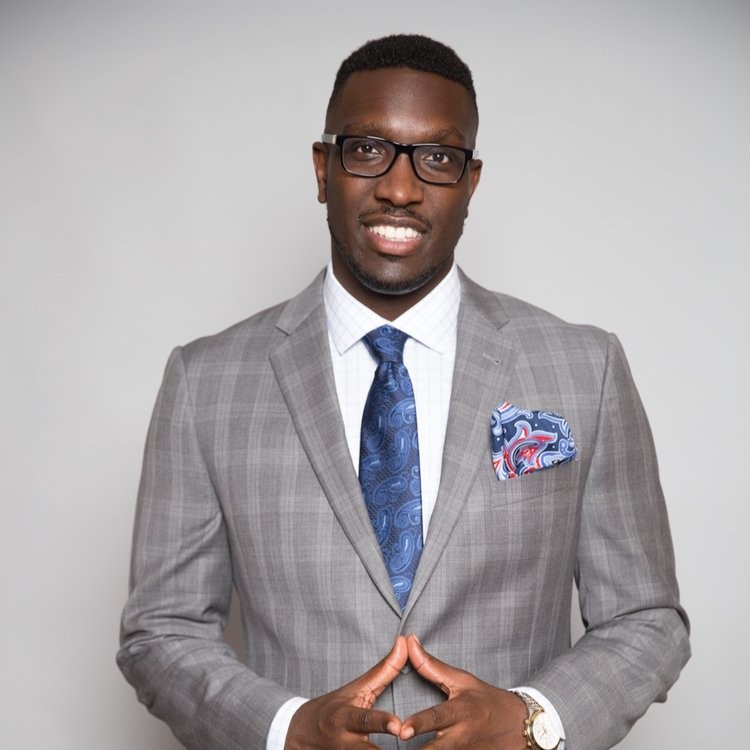 A two-time award-winning journalist, health disparities activist, and dynamic speaker, Dr. Kevin Ahmaad Jenkins is one of the most electrifying voices in America dedicated to eliminating racial health disparities. Dr. Ahmaad Jenkins is enlightening the masses on how racism negatively influences health, workplace culture, and organizational performance. He leverages innovative data-driven strategies to improve the quality of health and the standards of healthcare services of racial and ethnic minorities - along with helping organizations enrich their culture by leading critical conversations about today’s tough topics.

Prior to embarking on a professional voyage as a Lecturer within the Ivy League, Dr. Jenkins covered many major sports and entertainment events throughout the state of North Carolina. Famous across the state as the First Announcer to host the Central Intercollegiate Athletic Associations’ (CIAA) Super Saturdays, he relished entertaining crowds of 20,000+ sports fanatics for six consecutive years from 2000 to 2006. He was also the first weekend host of the North Carolina Educational Lottery and has served as the Public Speaker Announcer for North Carolina Central University and the On-Field Announcer for the Triple-A Affiliate for the Tampa Bay Devil Rays and the Durham Bulls.

Dr. Kevin keenly delivers evidence-based solutions to dismantle the effects of racism from health, healthcare, and healthcare decision-making. Dr. Kevin articulates his real-life experiences and enduring knowledge through powerful presentations, lasting empathy, and straight talks to lead strategies focused on diversity, equity, and inclusion-to-action. He has successfully navigated academics, healthcare, and corporate arenas as both a thought leader and consultant working with notable clients such as McKesson Pharmaceuticals, Johnson & Johnson, McDonald’s, Duke University, and Virginia Department of Health and Human Services.

Acknowledged as a national authority on racism in medicine, Dr. Kevin Ahmaad Jenkins has received a wide range of acclamation and recognition. His contributions have focused on breaking the social stigmas relating to racial injustice in the field of healthcare. His efforts in analyzing the link between racial stress and vascular-based diseases & Alzheimer’s disease have received extensive commendation from the leading health and education authorities.

Named among the 40 Under 40 Leaders in Health by the National Quality Forum, his contributions have been featured in media outlets such as ABC World News, The Grio, Philadelphia Inquirer, The Philadelphia Tribune, and NBC. Dr. Jenkins serves as a fellow within the Veteran’s Health Administration’s Office of Minority Health and on the National Academies of Science, Engineering, and Medicine’s Roundtable on Health Equity.

In the past, Dr. Kevin has served as a Writer for The Daily News Jacksonville, NC, and a Columnist for the Durham Herald-Sun and BlackDoctor.org. He attained his Bachelor’s Degree from North Carolina Central University, a Master’s Degree from Florida A&M University, and received his Ph.D. in Sociology and Criminology & Law from the University of Florida.

He presently serves as the Lecturer and Visiting Scholar at the University of Pennsylvania and is appointed within the School of Nursing, the School of Social Policy & Practice, and Annenberg School of Communications.

Dr. Jenkins was a highlight for the entire conference. We are talking about bringing him back for a second performance.

Dr. Jenkins used a great combination of statistics and real life examples to get his message across and really engaged the audience.

Kevin was incredible! Would recommend his speech to anyone. So captivating, even on zoom. Our whole audience loved it!

Dr. Jenkins did a wonderful job of introducing us to the "isms" in the world and getting the conversation started on how to tackle them.

Thank you for an outstanding presentation. While I know a webinar is only one step in a long journey, you definitely had a positive impact given the many positive comments we received.

Thank you so much for the great talk yesterday. We have received so many positive reviews from our organization. From the President of Ad Sales all the way to Sales Associates, we have received notes calling the session engaging, powerful, incredible and amazing. One VP even asked for a link to the recording to show his school aged sons. We also had a much stronger turn out than anticipated and retained nearly everyone through the whole talk. All great metrics!

Thank you so much for the great talk yesterday. We have received so many positive reviews from our organization. From the President of Ad Sales all the way to Sales Associates, we have received notes calling the session engaging, powerful, incredible and amazing. One VP even asked for a link to the recording to show his school aged sons. We also had a much stronger turn out than anticipated and retained nearly everyone through the whole talk. All great metrics!

DYNAMIC AND POWERFUL KICKOFF TO ANA2020 ON THE PHYSICAL CONSEQUENCES OF RACISM.

THROUGH YOUR VISION, WE ENABLED A DIALOGUE WHICH ACKNOWLEDGED OUR EMPLOYEES’ PAIN BUT ALSO GAVE US HOPE AND INSPIRATION.

Kevin was great! He may be my new favorite speaker! I am very interested in incorporating him into future programs.