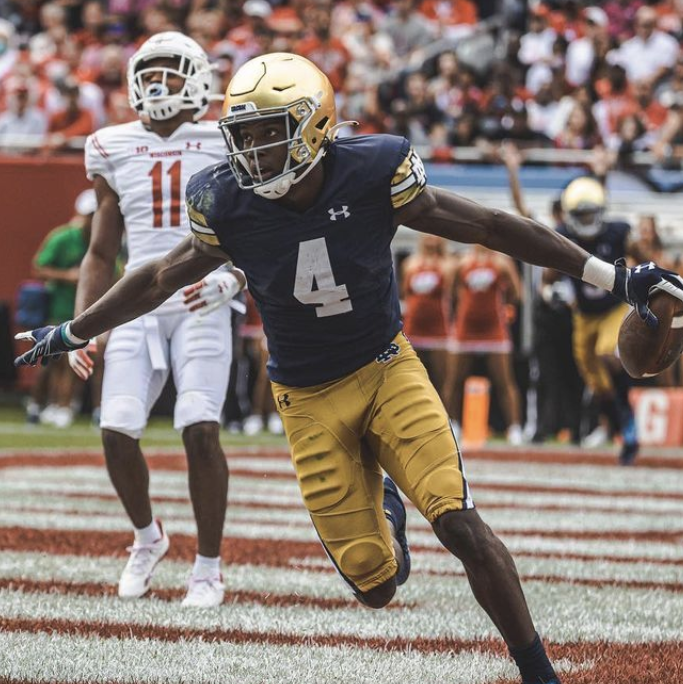 Kevin Austin Jr plays wide receiver at the University of Notre Dame. The No. 88 player by Rivals in the 2018 recruiting class, Austin was limited by injuries in his first three seasons in South Bend. A senior in 2021, he emerged as the number one wideout for the Irish. While his quest for stardom was delayed, it hasn't surprised anyone around the program. Austin developed a reputation at Notre Dame for being a gritty practice squad player while he rehabbed from injury, drawing rave reviews from former teammates and NFL standouts Chase Claypool and Troy Pride Jr. In his senior season, Austin will look to show the world what his teammates have seen all along as he seeks to propel Notre Dame to a New Year's Six Bowl and prove himself to NFL teams. From Fort Lauderdale, Florida, Austin prepped at North Broward (Coconut Creek).