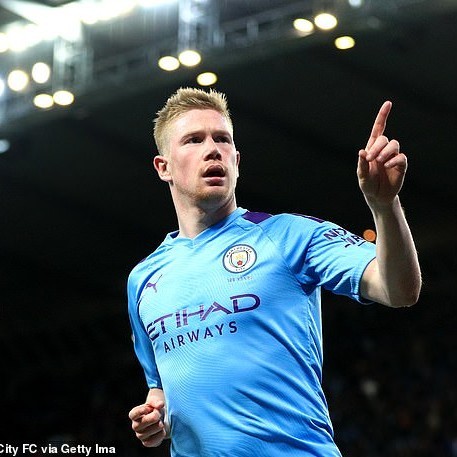 In 2016, De Bruyne returned to the Premier League, joining Manchester City and signing a six-year contract. De Bruyne joined VfL Wolfsburg in 2014. The 2014 – 2015 season served as a breakout year for De Bruyne, and he was subsequently named German Footballer of the Year. In January of 2012, De Bruyne joined the Premier League ranks as he signed with Chelsea. De Bruyne made his international debut in 2010 and has since earned over 65 caps and scored 15 goals for Belgium. He was a member of the Belgian squads that reached the quarter-finals both at the 2014 FIFA World Cup and at UEFA Euro 2016. De Bruyne’s football career began with KVV Drongen in 2003. He later joining Genk’s youth development ranks in 2005, making his first-team debut in 2009.

Off the pitch, De Bruyne is an avid gamer who interacts with his fans often on Twitch.