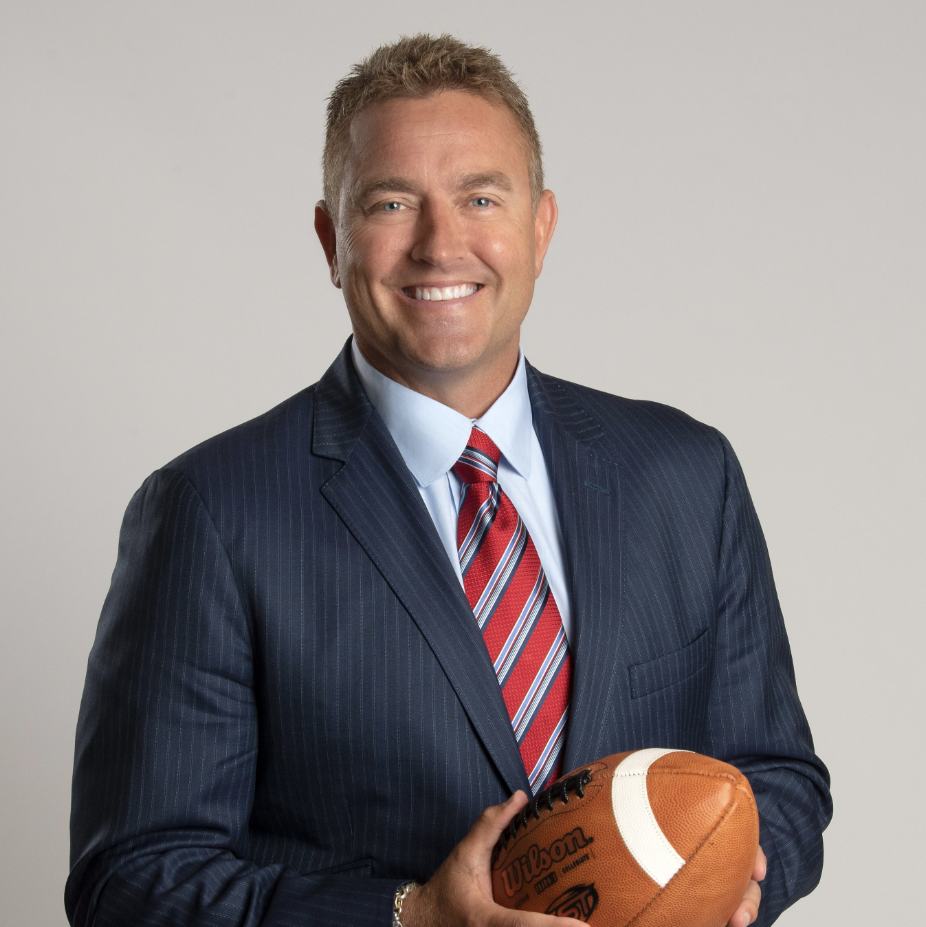 Widely recognized as one of the best college football minds of his generation, Kirk Herbstreit has served as an analyst for ESPN’s three-time Sports Emmy Award-winning College GameDay Built by The Home Depot remote college football studio show since August 1996, when he joined host Chris Fowler and co-analyst Lee Corso. For his efforts there, he has earned seven nominations and two Sports Emmy Awards for Best Studio Analyst (2010 & 2011). Herbstreit is the game analyst for the Saturday Night Football series on ABC, broadcast television’s first weekly prime-time college football game, since the series debut in 2006. In 2014, he shares the booth with Chris Fowler, who will call play-by-play on the telecast for the first time. Previously, Herbstreit called eight Rose Bowl Games and seven BCS National Championships alongside legendary play-by-play announcer Brent Musburger. Respected for his no-nonsense analysis and insightful perspective, he is also a frequent contributor to SportsCenter, ESPN.com and ESPN The Magazine. Previously, Herbstreit was a game analyst on the popular ESPN Thursday night college football series from 1999-2006. He joined ESPN in September 1995 as a college football sideline analyst. His talents were quickly noticed, as after just two seasons, he was nominated for a 1997 Sports Emmy Award as television’s top studio analyst. In January 2004, Sporting News magazine ranked Herbstreit and fellow GameDay personalities Lee Corso and Chris Fowler as 2003’s “Most Powerful Media Personalities in Sports.”

Book An Experience With Kirk Herbstreit

Submit an inquiry if you are interested in partnering with Kirk o...