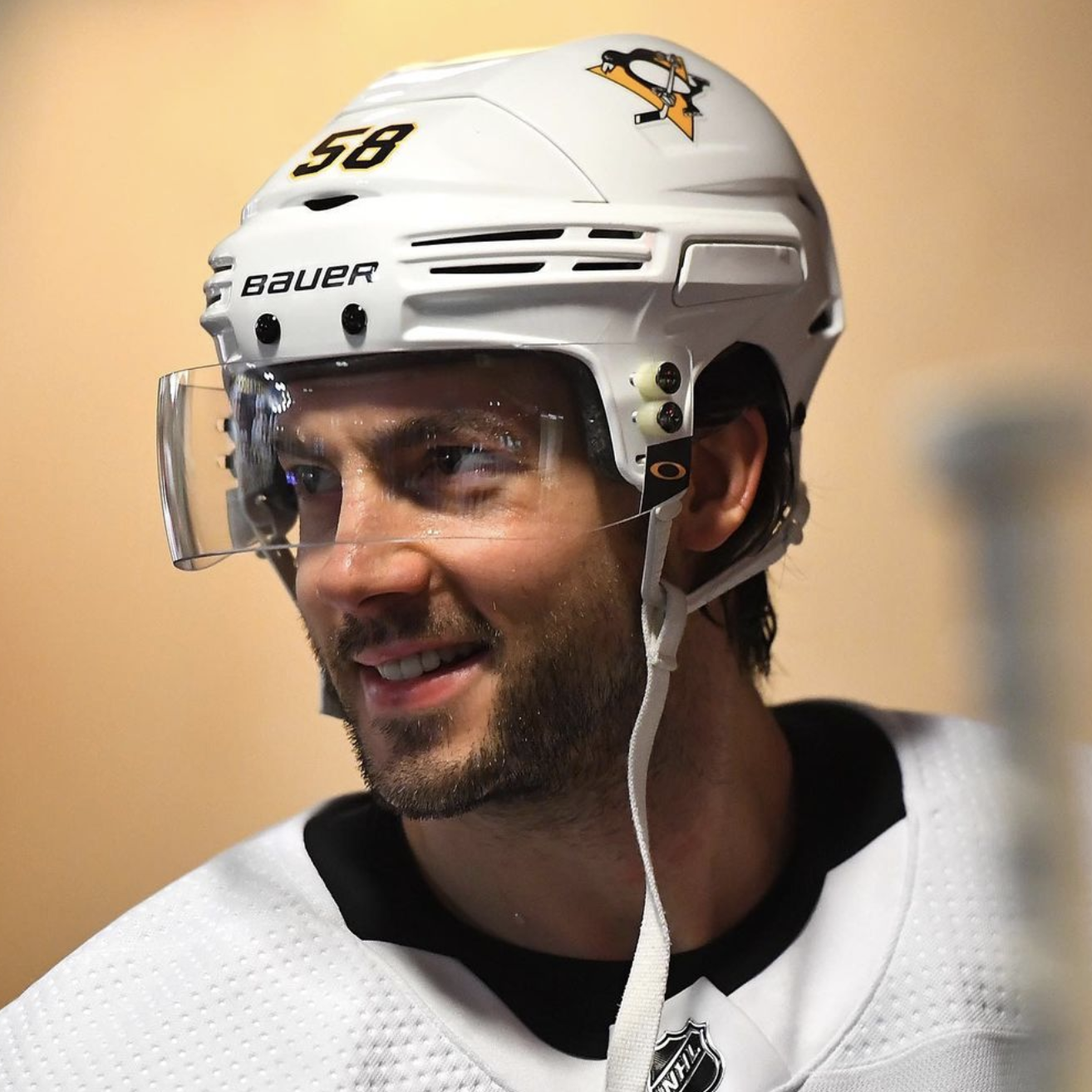 Kris Letang has been a staple for the Pittsburgh Penguins since he made his debut for the team in 2006. The Canadian defenceman is a six-time NHL All-Star and a three-time Stanley Cup Champion, as well as Pittsburgh's all-time leader in both points scored and goals scored by a defenceman. Letang is beloved by Penguins fans, who have particularly fond memories of his performance in the 2016 Stanley Cup Finals, in which he recorded a point on all four of Pittsburgh's game-winning goals in the series and scored the cup-winning goal himself.

Letang has been an inspiration to many after he suffered a stroke and then returned to play six weeks later in 2014. Off the ice, he and his wife Catherine have two children and are active in the Pittsburgh community. Their son, Alex, has endeared himself to Pens fans through occasional appearances in his dad's press conferences and social media pages.

Book An Experience With Kris Letang