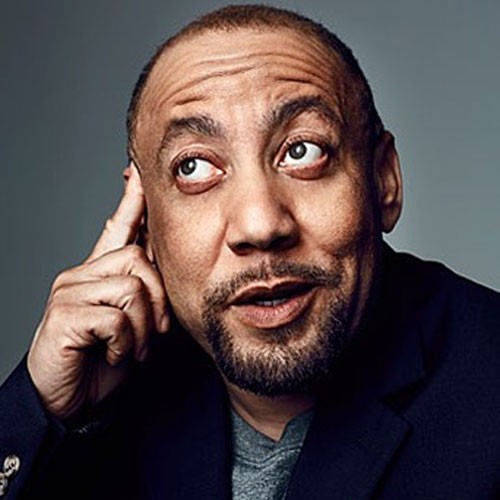 Kylar W. Broadus is a Black man of trans experience that has been a pioneer in the movement as an attorney, long-time activist, public speaker, author, and professor. Broadus is known worldwide for his avant-garde work in the LGBT and Trans movements. He was just awarded the Trans Trailblazer Award by the LGBT Bar Association of Los Angeles and issued a Proclamation by the City Attorney’s Office of Los Angeles on March 28, 2019. In 2018 the Gentlemen's Foundation of Atlanta, he was awarded the 2018 Gentleman of Excellence Award. Mastercard in 2018 featured Broadus for Pride Month. He was recognized by the Prosecuting Attorney’s Office of King’s County in Brooklyn, New York in 2018 for his contributions to the legal field. In 2017 Liberty Mutual honored him at the GLAAD Awards for his 30 years of contribution to the movement. Also, in 2017, he was awarded a Certificate of Legal Excellence by the City of New York, County of Kings, District Attorney’s Office. The Advocate recognized Broadus as one of “25 Legal Advocates Fighting for Trans Rights.” Broadus was honored to stand with President Obama while signing the Executive Order adding protections for millions of workers in 2014. He was named to the Out 100 by Out Magazine in 2013. He is the first out transgender American to testify before the United States Senate in favor of the Employment Non-Discrimination Act in 2012. Broadus was given the Pioneer Award at the Trans Faith of Color Conference by the Freedom Center of Social Justice. In 2011, he was awarded the Sue J. Hyde Activism Award for Longevity in the Movement at Task Force National Conference on LGBT Equality: Conference Creating Change. He has been featured in Esquire BlackEnterprise.Com and Diversity, Inc, and numerous other publications. He is featured in the Tran List on HBO Demand and Still Black: A Portrait of Black Transmen in 2008.

He is the founder and director of the Trans People of Color Coalition the only national organization dedicated to the civil rights of transgender people of color. Broadus is on the board of the National Black Justice Coalition, where for three years he was board chair. He's on the board of the Robert F. Kennedy Human Rights. Broadus was just awarded the James Baldwin Award by the National Black awarded the Spirit of Justice Award by GLAD on October 21, 2021, in Boston. He currently serves on the Freedom For All Americans board of directors. Broadus was on the DC Mayor’s LGBT Advisory Task Force Committee. In 2012, Broadus was one of thirteen transgender delegates and the first Black transgender delegate to the Democratic National Convention. Additionally, he held the honor of being appointed to the Rules Committee at the Convention. Broadus served on the board of directors of the statewide LGBT group for Missouri PROMO. A founding member of the think thanks to the Transgender Law and Policy Institute which was the first of its kind. He served as a Human Rights Commission and Vice Chair in the City of Columbia, Missouri. He’s served on numerous other task forces and commissions. He’s had the opportunity to craft legislation and the local, state, and federal levels and provide testimony on all levels. Some major contributions to the Matthew Shephard and James Byrd, Jr. Hate Crimes Ac and the Employment Nondiscrimination Act. He’s consulted on numerous legal cases that have been litigated and have been a part of the litigator’s roundtable for LGBTQ lawyers.

Broadus has enjoyed a prolific career as an activist, writer, lawyer, professor, and public speaker. He’s worked as Operations Officer at Transgender Legal Defense and Education Fund. He was the Director of the Transgender Civil Rights Project and Senior Counsel at the National LGBTQ Task Force. As an attorney, Broadus practiced with a focus on LGBTQ law, particularly transgender rights but has represented all types of clients. This was at a time when other lawyers would not take any of these cases. He received referrals from the National Center for Lesbian Rights, Transgender Law Center, Lambda Legal, and the ACLU. He was a full professorship at Lincoln, a historically black college and university in Missouri. He has served as counsel Legislative Counsel and Director of the Human Rights Campaign. He authored in the first of its kind the essay "The Evolution of Employment Discrimination Protections for Transgender People", published in "Transgender Rights", the first of its kind by Currah, Juang, and Minter 2006. This essay has been used on numerous campuses around the country in Gender, Women’s Studies, and Law Schools. He has published other work and is currently writing a book to be released in late 2019.

This list encompasses some of Mr. Broadus’ accomplishments. In addition to his activism and law practice, teaching at a historically black college and university for two decades helped shape the world in yet another way for Broadus with the proud heritage of inspiring so many students just to be themselves, and many to become lawyers, legislators, business leaders and teachers is one of Broadus’ greatest legacy.

Book An Experience With Kylar Broadus