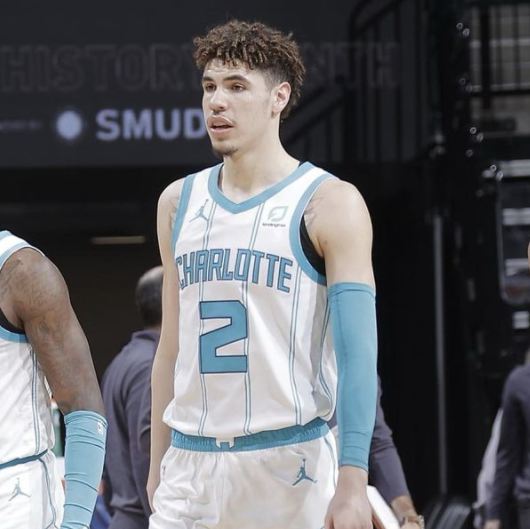 LaMelo Ball is an NBA Point Guard for the Charlotte Hornets. He is also the brother of New Orleans star Lonzo and is also the brother of LiAngelo Ball. LaMelo chose a non-traditional path coming out of high school, choosing to play professionally overseas rather than joining an NCAA college program. Ball suited up for BC Prienei in Lithuania in 2019 and the Illawarra Hawks of the National Basketball League (NBL) for the 2019-20 season. He won NBL rookie of the year after averaging 17 points, 7.4 rebounds, and 6.8 assists over 12 games.

Ball took the NBA by storm in his first season, averaging 15.7 points per game, 6.1 assists, and 5.9 rebounds with the Charlotte Hornets. Ball won the NBA Rookie of the Year award with his stellar numbers and made the NBA All-Rookie First team in 2020-21.

Off the court, LaMelo is one of basketball's most recognizable names. He and his brothers, LiAngelo and Lonzo, have been households names since high school because of their standout play and their father, Lavar's, presence in the media. The family started the Big Baller Brand, helping bring the children's names into the spotlight. LaMelo was also a star in his family's show, Ball in the Family. With the Big Baller Brand, LaMelo had his signature shoe, the Melo Ball 1, and became the youngest player to have his signature shoe.

Book An Experience With LaMelo Ball