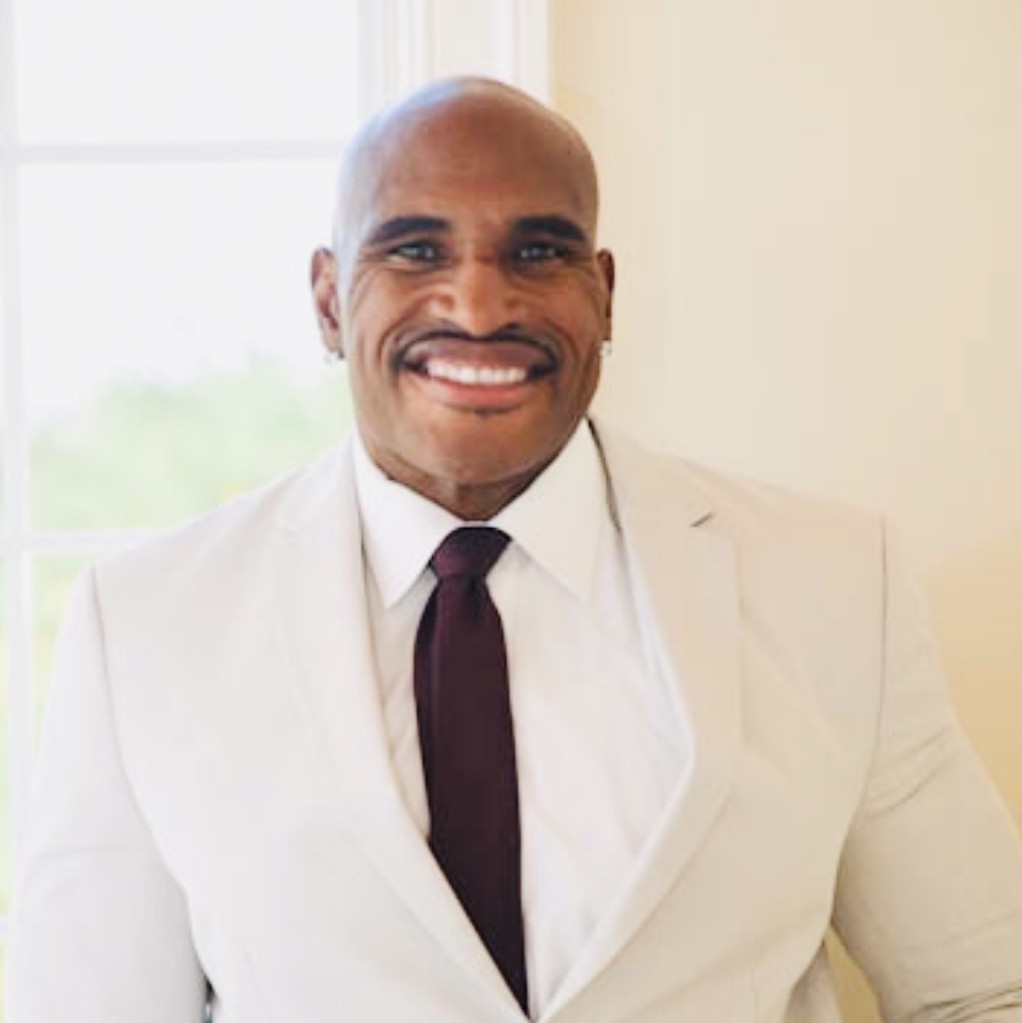 Lee Woodall; Minister, Community Leader, Sports Coach, Spiritual Coach, Life Coach, Super Bowl Champion, Motivational Speaker, Health and Wellness ambassador, Leader in Safety in Youth Sports. He is currently the Philadelphia NFL Alumni Philadelphia Chapter President. After playing collegiate football at West Chester University, he was drafted by the San Francisco 49ers in 1994. Lee went onto play 8 years in the NFL, was named to 2 Pro Bowls (1995 and 1997), and won Super Bowl XXIX with the 49ers. Lee consults for a company called Pros 2 Professionals where they open up avenues in sports training, combines, business development, and sports scouting. In 2021, Lee will be putting on his first one week NFL Alumni Destiny Bowl camp powered by NFL Alumni. Lee is also a consultant for an energy drink company named Genesis which is due to launch in fall of 2020, although the company has been in existence since 2006. Lee also has a non profit called men of Destiny 54 Foundation. They help men, women, families, and former athletes rebuild themselves in the community, social media, resume writing, goal setting, and much more. Lee’s non profit has allowed him to launch the first ever Transition Boot Camp for retired NFL players, spouses or accountability partners. This will launch in 2021 which bears the name of “NO EXCUSES NFL Alumni TRANSITION BOOT CAMP." He is also currently writing a book called Transitions, with a work book of 10 former NFL Athletes discussing an excerpt of their life dealing with their perspectives of transition from perception, self sabotaging, underlying purpose behaviors and more. Lee is not just a champion on the field but he is also a champion in life. Lee loves speaking to youth, teaching corporate businesses on team, mentoring athletes both youth and professionals, ministering, and putting on his speaking tour of Dare To Be Different. Lee is married to Terri Barnett-Woodall. Formally known as Terri Matthews. Lee and Terri have a blended family of 7 kids. Lee loves Spending time with God, His wife, his family, his friends, and his community.

Book An Experience With Lee Woodall