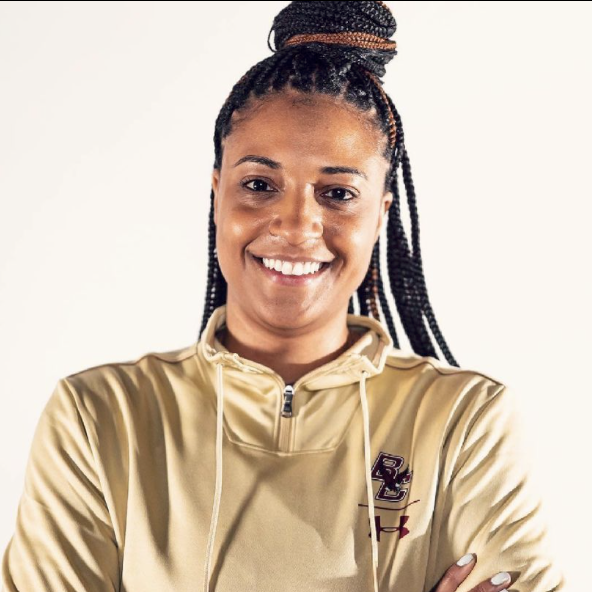 Lindsay is an Assistant Coach for the Women’s Basketball team at Boston College. Wisdom spent her entire college career at Purdue University. She was a 2-time All-Big Ten, 3-time All-Defensive Big Ten, and racked up 25 career double-doubles. She has also won gold medals at the FIBA Americas Championship in 2006 and the FIBA Women's World Championship in 2007. In the 2009 WNBA draft she was selected 13th overall by the Los Angeles Sparks. She spent her 4 year career with the Sparks, the Chicago Sky, and the Washington Mystics. She has also coached at her alma mater, University of Wisconsin, and now at Boston College.

Book An Experience With Lindsay Wisdom