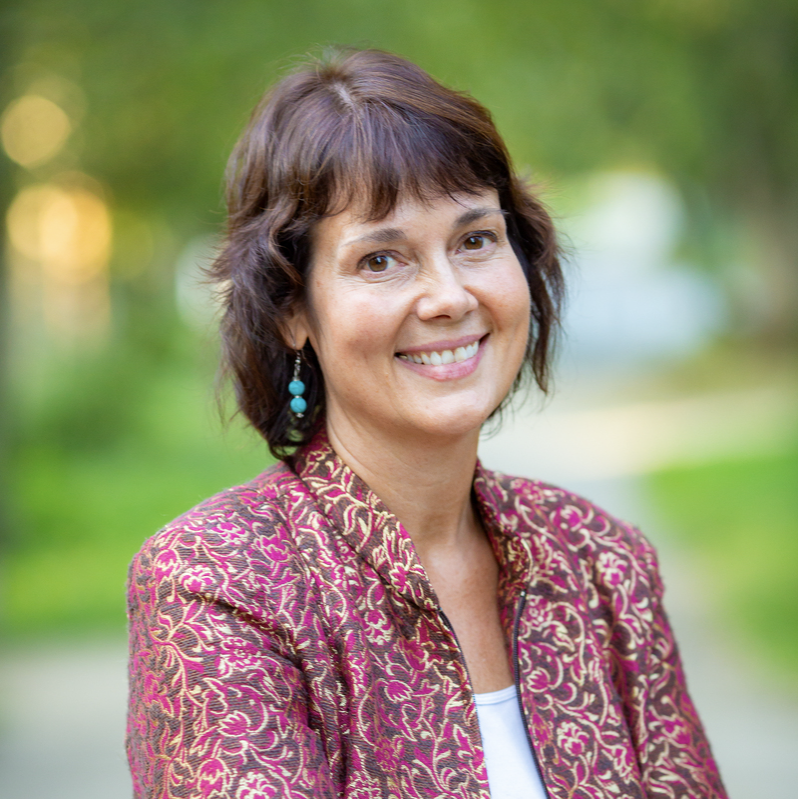 Lizbeth Meredith is survivor of domestic violence and child kidnapping who went on to work for three decades in the justice field.  An award-winning author of Pieces of Me: Rescuing My Kidnapped Daughters, her memoir is now a television movie for Lifetime, Stolen By Their Father.  Today, Lizbeth is a sought-after speaker, coach, and teaches book marketing to new authors online and in conferences. Find her Speaker One sheet HERE.

Lizbeth recently relocated to Chattanooga, Tennessee after more than five decades in Alaska and is often found Facetiming with her adult daughters and their pets. After leaving the battered women's shelter, Lizbeth earned a degree in journalism and a master's degree in psychology. Lizbeth's embraced solo travel on a budget, and has dipped her toe in six of the seven continents so far. Though her sense of direction is nearly non-existent, Lizbeth has found allies in all languages who help her re-route and find her way home.

In her off- time, Lizbeth enjoys movies and books, talks with her podcast guests at Persistence U with Lizbeth, and Facetime chats with her adult daughters where they may or may not discuss The Real Housewives. Lizbeth's been featured on A&E, Access Hollywood, and in Readers.Digest.com, Woman's Day, Money-ish, and the New York Times.

Book An Experience With Lizbeth Meredith

Lizbeth is an exceptional speaker and is able to speak to issues related to trauma. I have had the chance to hear her speak multiple times and she is so engaging and has a powerful personal story to share. Her compassion and passion shine through when she speaks and I would highly encourage anyone to take advantage of her skills and talents.

I have the good fortune to know Liz Meredith for many years. I can attest to Liz’s ability to communicate and teach in a way that promotes learning and understanding. Further, her life and work experiences make her exceptionally well-qualified to speak about living through abusive relationships and raising children traumatized because of that relationship. As the author of a well-received and well-written memoir of her experience recovering her children, she knows how to communicate her knowledge gained through this writing. I know of what I write. I first met Liz when she was on staff at Alaska Women’s Aid in Crisis (AWAIC)—a shelter and service center for abused women-- while I served on AWAIC’s Board. Liz’ made outstanding presentation to the Board reporting on her unit’s activities. She was informative, poised, and handled the Board’s questions well. From afar I followed the recovery of her children from her ex-husband in Greece. I was impressed by her bravery, commitment, and ingenuity in traversing international borders to bring her children back home. After Liz wrote her book chronicling her trials in recovering her daughters, she went on a book tour. I attended one of her events. She captivated the audience with her presentation. They asked many questions and she handled them with grace. The audience remained for a long time afterwards to here more from her. Her experiences as a first-time author would be invaluable to others looking to write and get published. She can help with that.

Liz Meredith has deep roots working with domestic violence victims, victims of violent crimes and in juvenile justice. She speaks well-earned knowledge on issues around trauma informed care with vulnerable populations, mental health care and support, as well as the impacts and support around adverse childhood experiences. In addition to her wealth of experience and strong public speaking skills in large conferences and small groups, she makes these difficult topics relatable and approachable. Audiences come away empowered and able offer effective support to family, friends and their community.

Meghan Carson, Accountant and Board of Directors for Abused Women's Aid in Crisis

I first had the privilege of hearing Lizbeth speak through my capacity as a board member for the Abused Women's Aid in Crisis (AWAIC) shelter at a capital campaign kickoff event. I was incredibly moved both by her courage to speak about her past trauma and the obstacles she has had to overcome, and also by the sheer power of her words. I left that night in awe of her resilience. A couple of years later, I became involved in helping with an annual teen empowerment event aimed at providing teen girls with words of wisdom from local women leaders regarding such topics as overcoming obstacles, facing stereotypes, focusing on mental and physical health, etc. When tasked with finding a panel member to lead the breakout room to address domestic abuse/dating violence in tandem with resiliency and overcoming obstacles, it took but two seconds for Lizbeth to pop into my mind as a panelist that would be able to speak to the topics and connect with the girls in a truly impactful way. As one of our panelists, Lizbeth did exactly that. She is an incredible speaker, and the way she tells her stories makes the world a better place. Meghan Carson, Accountant /Board Member of Abused Women's Aid in Crisis

What an amazing testimonial and thank you for sharing your story with us.

What a wonderful story of a mother's bravery and determination to protect her children. You are an inspiration to mother's all over the world.