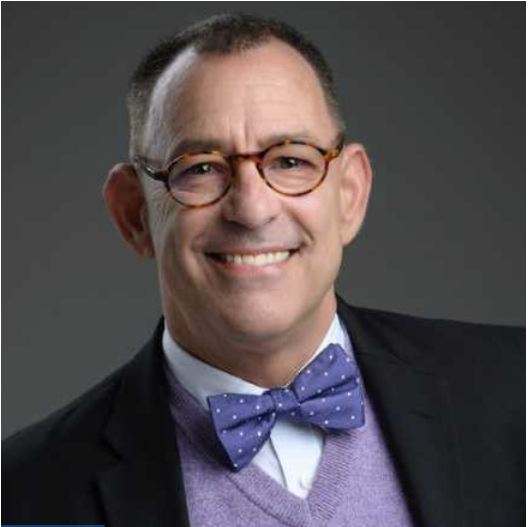 Louie Gravance is often referred to as “the guy that can make the 'Disney Thing' actually work outside of Disney.” For over 25 years at the Walt Disney Company, Louie enjoyed a distinguished career with Disney theme parks, designing everything from live-entertainment experiences to customer service training programs through the Disney Institute in Orlando Florida.

Following his hugely effective tenure in Orlando, Gravance left Disney to pursue other opportunities and soon amassed even more success working as a consultant, customer service speaker, and corporate culture expert. Louie has designed multi-million-dollar service campaigns for companies such as ING Financial, Choice Hotels, Microbac Technologies, Nikon, and The American Council of Independent Laboratories based on his learnings at Disney and the curriculum he wrote. Money Magazine once credited the efforts of Louie Gravance for “literally changing the consciousness of business in America” through his service campaigns and initiatives that have included Bank of America’s “The Bank of America Spirit” campaign—deemed the most successful customer service training initiative in the company’s history. In 2014, his unique entertainment and training experience was called upon to be part of the opening team of Harry Potter’s Diagon Alley expansion at Universal, Orlando, where he currently remains a "Master Wandkeeper" with the Olivander Wand Experience.

At only twelve years old, he began working in California as a stage, film, and television actor and went on to appear in over thirty-five national television commercials. In 1987 (after nearly fifteen years of playing fifteen-year-olds in show business) Gravance was offered a summer job as a singing comic at Disneyland in Anaheim, California. This began what would become an adventure at the Walt Disney World Resort in Orlando, Florida spanning three decades. It was during this time that he sharpened his skills on stage as a performer, engaging audiences with his humor and high energy that met the caliber of Disney. Eventually, the pinnacle and finale of Louie's Disney journey was being part of the creative team that made "Disney's Approach to Quality Service" a staple of the Disney Institute curriculum to this day.

Gravance is the recipient of the Disney Partners in Excellence Award and the Spirit of Disney Award and has been recognized internationally as a Disney keynote speaker, having begun his professional speaking engagements on behalf of Disney in 1998.

Through his company, Louie Gravance Creative Content, in Orlando, Florida he continues to offer clients unique training programs with incorporated themes such as “Delighting Customers Makes YOU Stronger” and powerful initiatives including “Service is a Superpower!” We’re proud to announce the success of his first book: SERVICE is a SUPERPOWER! (Lessons Learned in a Magic Kingdom) published through Mascot books, and often purchased as a take-away from his live presentations. The book allows clients to take home a guide for developing "The Ten Skills of the Service Superhero".

Louie brings the professional, top-tier training he garnered from Disney as a performer to every presentation he hosts. While corporate and employee growth is serious business, humor and heart remain at the center of every Louie Gravance presentation because he also knows, from experience, there’s no business BUT show business.

Book An Experience With Louie Gravance