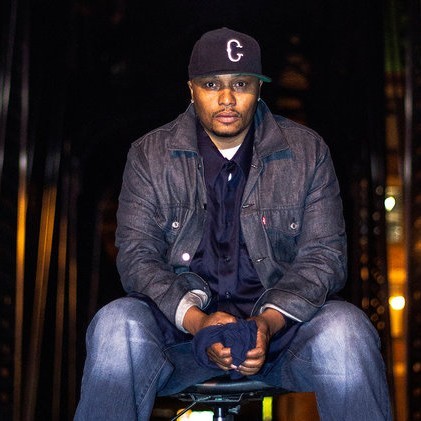 Malik Yusef, the WordSmyth, is an avant-garde spoken word poet—with timely lyrics that address and bring attention to national and global issues. Born and raised in Chicago’s south side amongst a humble and sometimes troubled beginning, Malik rose out of those surroundings to become a 24x Grammy award-nominee, 6x Grammy award-winner, and 7x ASCAP award-winner for both pop and R&B. Other credits include Emmy, Peabody, and Tony awards. Some of Malik’s early influences include Langston Hughes, Maya Angelou, William Shakespeare, Haki Madhubuti, Malcolm X, and Phillis Wheatley. Most recently, Malik co-wrote "Sandcastles" on Beyoncé’s album Lemonade, and he is featured on Kanye West’s most recent album The Life of Pablo, the Grammy-nominated track "All Day" , Ty Dolla Sign’s album Free TC, and Common’s critically acclaimed album Nobody’s Smiling. He was also a featured producer with the legendary band WAR on their first studio album in 20 years, released in June 2014. As one of Kanye West’s most trusted contributors, Malik co-wrote and contributed to 15/18 track on The Life of Pablo; he co-wrote eight out the ten songs on Yeezus; he is a writer and artist on Cruel Summer featuring Kanye West and the rest of his G.O.O.D. Music team. Additionally, Malik co-wrote seven songs on Kanye’s Double Platinum, 5th release and Rolling Stone's "Album of the Year" My Dark Twisted Fantasy and Malik is credited as a writer/producer/collaborator on Kanye’s critically acclaimed Film Runaway, which contains much of Malik’s music. Malik is signed to the world’s largest music publisher, Universal Music Publishing, and is part of Kanye West’s G.O.O.D. Music label and affiliated with Wiz Khalifa’s Taylor Gang. It is his pure talent, unparalleled work ethic, and ability to be a trusted advisor, that has allowed Malik to build and maintain incredible industry connections and relationships with the likes of JAY Z, Drake, Katy Perry, Common, Jennifer Hudson, Rihanna, The Band Perry, Wiz Khalifa, and Adam Levine.

Book An Experience With Malik Yusef