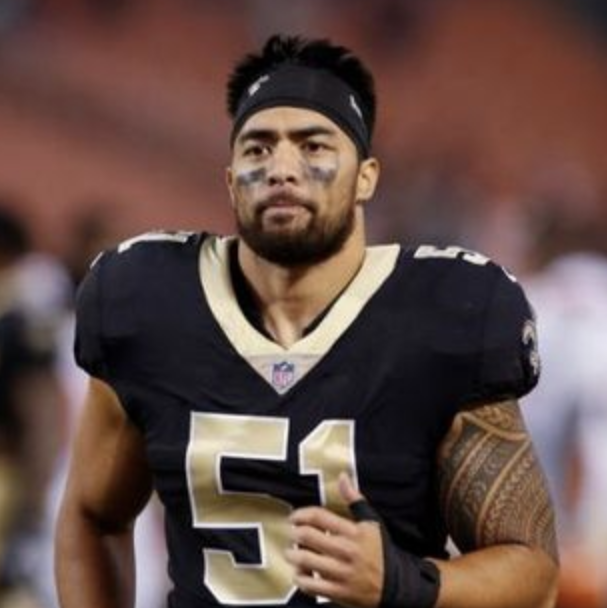 Manti Te'o is a former American football linebacker who played in the National Football League (NFL) for seven seasons. He played college football at Notre Dame and was a consensus All-American. He was drafted in the second round of the 2013 NFL Draft by the San Diego Chargers. He also played for the New Orleans Saints, and Detroit Lions. Theo is best known for his scandal involving a fake online girlfriend and hoax death, which was widely reported in the media in 2013.

The documentary "Manti Te'o: The Truth Behind the Fake Dead Girlfriend" focuses on the story of Manti Te'o's fake girlfriend, Lennay Kekua, who was claimed to have died of leukemia during the 2012 college football season. The film explores the events leading up to the discovery that Kekua never existed and the subsequent media coverage and public reaction. The documentary includes interviews with journalists, sports commentators, and individuals close to Te'o, as well as recordings of Te'o's comments about the situation. The documentary aims to provide a comprehensive and impartial account of the story, examining the various theories and speculations that arose at the time and considering the impact that the hoax had on Te'o's personal and professional life.

Despite the adversity and embarrassment caused by the hoax, Manti Te'o was able to overcome the situation and become a leader both on and off the field. He demonstrated resilience in the face of public scrutiny and continued to play football at a high level, earning a spot on several NFL teams. Off the field, he used his platform to raise awareness about the importance of mental health and to encourage others to be more empathetic and understanding toward those who may be struggling with difficult personal experiences. Throughout his career, Te'o has shown a strong character and a commitment to being a role model for young people, inspiring others with his determination and leadership. By overcoming adversity and using his experiences to make a positive impact, Manti Te'o has proven himself to be a true leader.

Book An Experience With Manti Te'o

Submit an inquiry if you are interested in partnering with Manti...