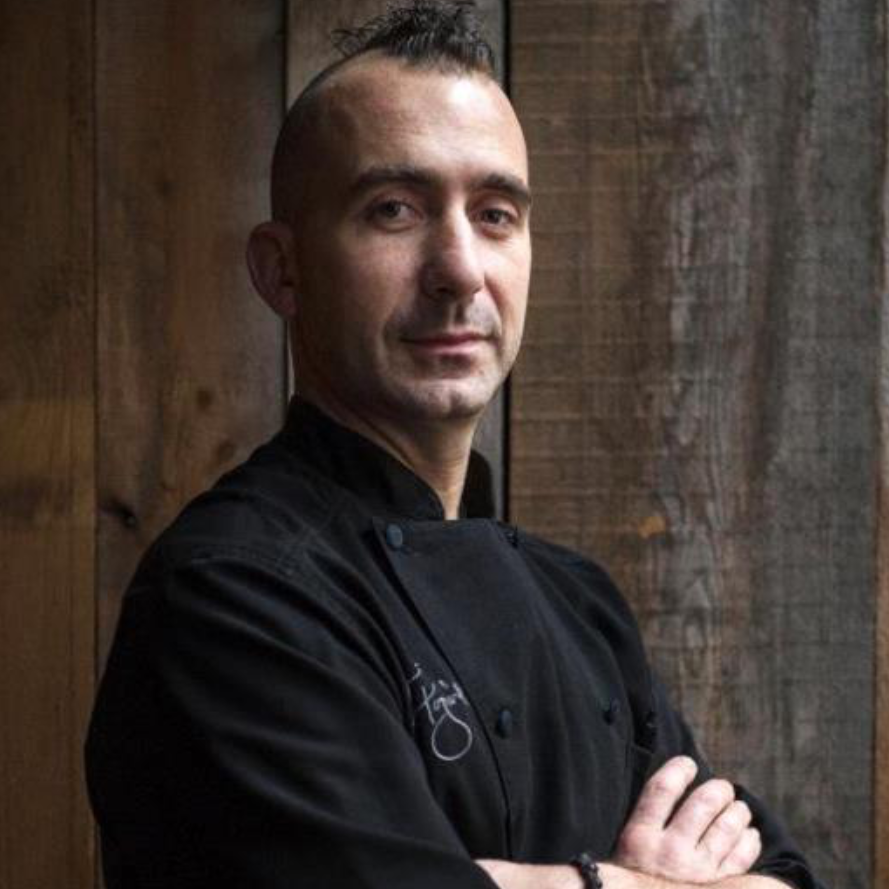 Chef Marc Forgione is the chef/owner of Restaurant Marc Forgione and Peasant and is the co-owner/partner of Khe-Yo. Chef Marc Forgione began his career at the age of 16, joining his father, Larry Forgione (a culinary legend who revolutionized American-style cooking in the '70s and '80s), in the kitchen at An American Place.

In 2010, Chef Forgione won season 3 of Food Network’s “The Next Iron Chef” at just 31 years old, making him the youngest winner in the show’s history, and went on to compete as one of the seven Iron Chefs on “Iron Chef America.” That same year, Forgione was named "Rising Star Chef of the Year" by StarChef.

Outside of the kitchen, Chef Forgione is the Author of praised cookbook, "Marc Forgione: Recipes & Stories from the Acclaimed Chef and Restaurant." In addition to supporting numerous NYC charities, Chef Forgione is a Chef Ambassador for Chefs for Kids Cancer, City Harvest, and Feeding America.

Book An Experience With Marc Forgione

Submit a request to book Chef Forgione for a virtual cooking demo...