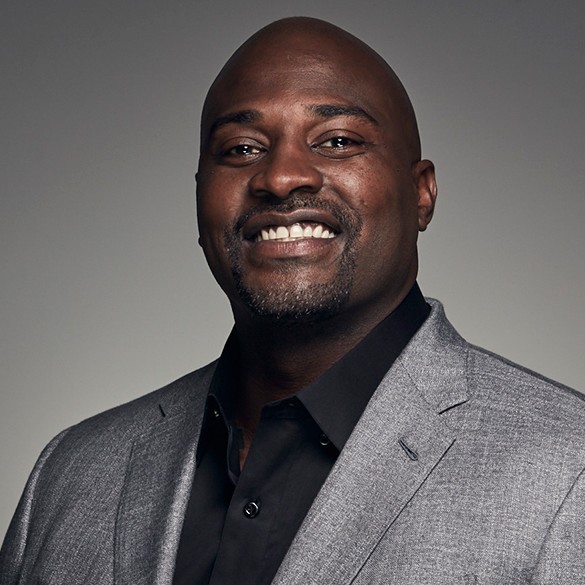 Marcellus Wiley co-hosts the FS1 original program “Speak For Yourself.” Prior to joining FOX Sports, Wiley was co-host of “SportsNation” on ESPN and co-hosted the radio show “Afternoons with Marcellus & Travis” on ESPNLA 710am. Wiley previously served as an NFL analyst for ESPN, making regular appearances on “NFL Live,” “SportsCenter,” and ESPNEWS, while also contributing to ESPN’s Super Bowl coverage. A 10-year veteran of the NFL, Wiley was voted a starter for the AFC in the Pro Bowl and named to Pro Football Weekly’s All-AFC Team and “Top 50 player in the NFL at any position” list. He was also nominated for the Walter Payton Man of the Year three times for his volunteer and charity work. Wiley is the founder of Project Transition providing leadership training to at-risk youth with the goal of creating tomorrow’s thought leaders. Wiley is the author of Never Shut Up chronicling his unique journey from Crenshaw to Broadway to the Buffalo Bills and back again, sometimes making you laugh, sometimes making you cry, but always leaving you entertained. Wiley grew up in Compton, California and is Columbia University graduate. Wiley currently lives in Los Angeles with his wife Annemarie and their three children.

Book An Experience With Marcellus Wiley

Book Marcellus to moderate your next panel, conference, or event! Marcellus is an...