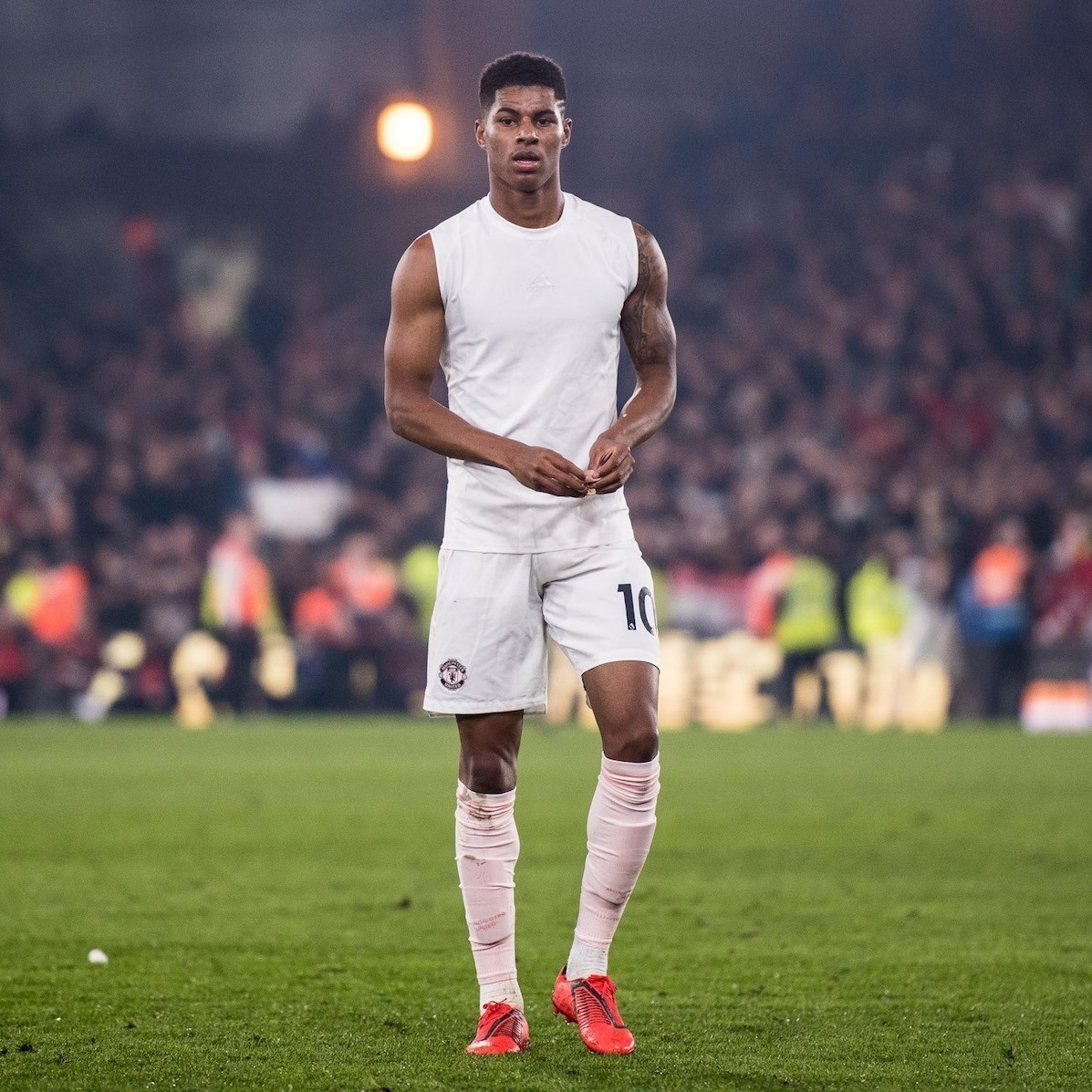 Marcus Rashford is a professional soccer player for Manchester United of the English Premier League and the English National Team. Manchester United's iconic number 10. A Manchester United player from the age of seven, Marcus Rashford scored two goals on both his first-team debut against Midtjylland in the UEFA Europa League in February 2016 and his Premier League debut against Arsenal three days later. He also scored in his first Manchester derby match, his first EFL Cup match and his first UEFA Champions League match. He then scored on his England debut in May 2016, becoming the youngest English player to score in his first senior international match. He played at the UEFA Euro 2016 as the tournament's youngest player, and at the 2018 FIFA World Cup.

During the lockdown imposed by the British Government in response to the COVID-19 pandemic, Marcus Rashford teamed up with the food distribution charity FareShare to cover the free school meal deficit for vulnerable children across the UK. In June 2020, the campaign had raised in excess of £20 million in food and financial donations, equating to 3.7 million meals per week that could be distributed to the most vulnerable across the country. In June 2020, Marcus Rashford successfully lobbied the British Government to u-turn policy around the free food voucher program - a campaign that has been deemed the quickest turnaround of Government policy in the history of British politics, taking just 36 hours. Thanks to the incredible effort of Marcus Rashford to influence the u-turn, 1.3 million vulnerable children across the UK were able to continue to receive financial support to access food supplies during the closure of schools during the pandemic. Marcus Rashford has committed himself to combating child poverty in the UK.

Book An Experience With Marcus Rashford