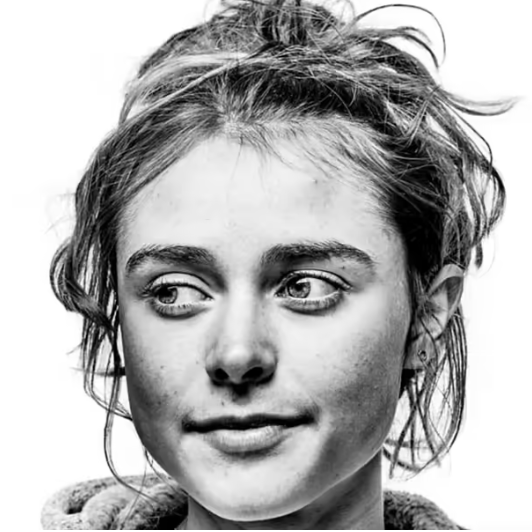 At only 24 years old and 5 feet, 3 inches tall, Margo Hayes is closing the gender gap in climbing. In 2017, at the age of 19, Margo became the first woman to climb 5.1a, a grade only around 60 men in the world have climbed. After sending La Rambla, the iconic route in Spain, she followed it up with the first female redpoint of Realization, another 5.15a route and solidified her anking among the greatest climbers of all time.

A talented young gymnast, Margo started climbing outdoors at the age of 10 in Boulder, Colorado with her father, an avid climber. Climbing runs in her blood, and Margo's maternal grandfather, Dr. James Morrissey, led the first successful ascent of Everest's Kangshung Face. Later on, Margo joined ABC Kids Climbing where Robyn Erbesfield-Raboutou coached Margo to a spot on USA Climbing's National team. The competitive teen developed her own training routines and set ambitious goals stored on checklists taped around her room. In 2013, she earned the North Face Young Gun Awaard, which honors up-and-coming climbers. Three years later, in 2016, she won three golds at the World Youth Championships, climbed fourteen 5.14s during the year (two in a single day) and won Climbing's Golden Piton award for her "prolific and impressive 2016 tick-list."

Hayes has been using her notoriety to champion women's climbing and advocate for the environment. She wants to continue her college education, pursue her own interests--which range from studying French to coding to digital art--and most of all, bolt her own route.

Book An Experience With Margo Hayes