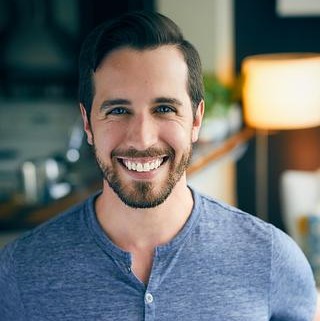 Mark Henick's hit viral TEDx talk about the stranger who saved his life has been viewed and shared millions of times. Over the last two decades, he has appeared in hundreds of television, radio, print and online features about mental health. His bylines include CNN, CNBC, USA Today, The Chicago Tribune, and many others.

PEOPLE Magazine called Mark “one of Canada’s most prominent mental health advocates”. He's previously served on the board of the Mental Health Commission of Canada, and as the youngest ever president of a Canadian Mental Health Association division.

As host and executive producer for both the So-Called Normal and Living Well podcasts, he's had hundreds of conversations with experts, celebrities, and public figures about mental health. Mark's first book, So-Called Normal: A Memoir of Family, Depression, and Resilience, was released in 2021. Rosie O’Donnell described it as “beautifully written, heart-wrenching, and hopeful.” Presently, Mark runs a boutique mental health media consulting firm, and he's an in-demand international keynote storyteller on recovery, resilience, and connection.

Book An Experience With Mark Henick