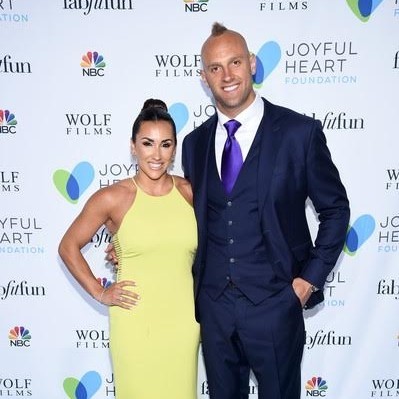 Mark Herzlich grew up a star athlete in three sports before attending Boston College where he was one of the top defensive players in all of college football. Following a 2008 season where he was a first team All-American and the ACC Defensive Player of the Year, Herzlich was forced to sit out the entire 2009 season after being diagnosed with Ewing's sarcoma, a rare form of bone cancer.

Herzlich fought through treatment and was back on the field in 2010. Returning to his old self as a disruptive force on the defensive side of the ball, Herzlich started in all 13 games that season and finished third on the team with 65 tackles - proving he hadn't lost his skills.

Despite a strong final season with Boston College, Herzlich went undrafted by all 32 teams in the 2011 NFL Draft due to concerns over his medical history. However, Giants Coach Tom Coughlin saw the fire and intensity that drove Mark and brought him to training camp that summer.

Two months later he was a starting Linebacker for the team. In early 2014, Herzlich resigned for a fourth season with the Giants and released his memoir, What It Takes: Fighting For My Life and My Love of the Game, the story of his battle with cancer and his journey back to the gridiron.

In his free time, Herzlich is an avid golfer and works closely with a number of organizations that support victims of domestic violence. Against the odds, Mark took the toughness learned on the football field and turned it against the powerful enemy within his own body. Winner of the ESPY award for Best Comeback by an Athlete, Mark seeks to inspire others to fight their own diseases and achieve their dreams in the face of harsh obstacles.

Book An Experience With Mark Herzlich

Book Mark to hear his incredible life story and learn how you can...