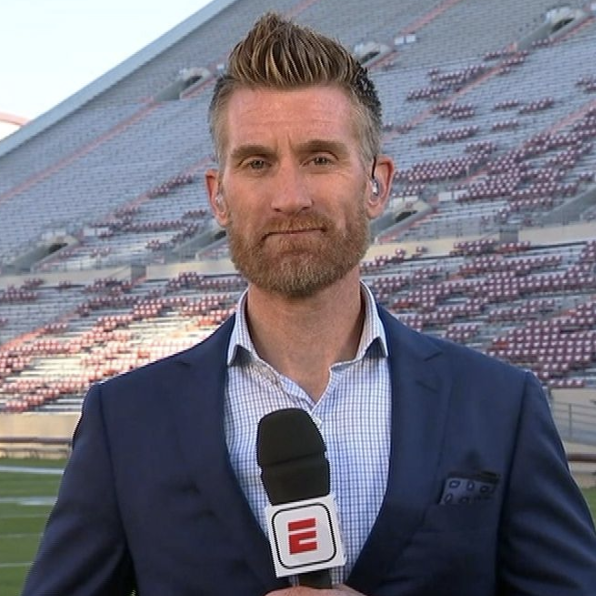 Marty Smith is a popular sports journalist for ESPN. Marty covers a variety of sporting events, including college football, basketball, both the NFL and NBA, as well as NASCAR. Smith, who joined ESPN in 2006, launched his own show Marty Smith’s America in August 2017 on ESPN2. Some of sport’s biggest names including Juventus’ Cristiano Ronaldo, Major Golf champion Rory McIlroy and NBA’s Paul George have sat down with Smith for his show in addition to stars outside of sports including music artist Sam Hunt. Smith has also traveled the world for various features including his trip to Rome with Coach Jim Harbaugh and the University of Michigan football team where he spent a week following the team as they saw the sites of Italy. He also is the host of his own podcast, The Masters: Fore Please!

Book An Experience With Marty Smith

Submit an inquiry if you are interested in partnering with Marty...