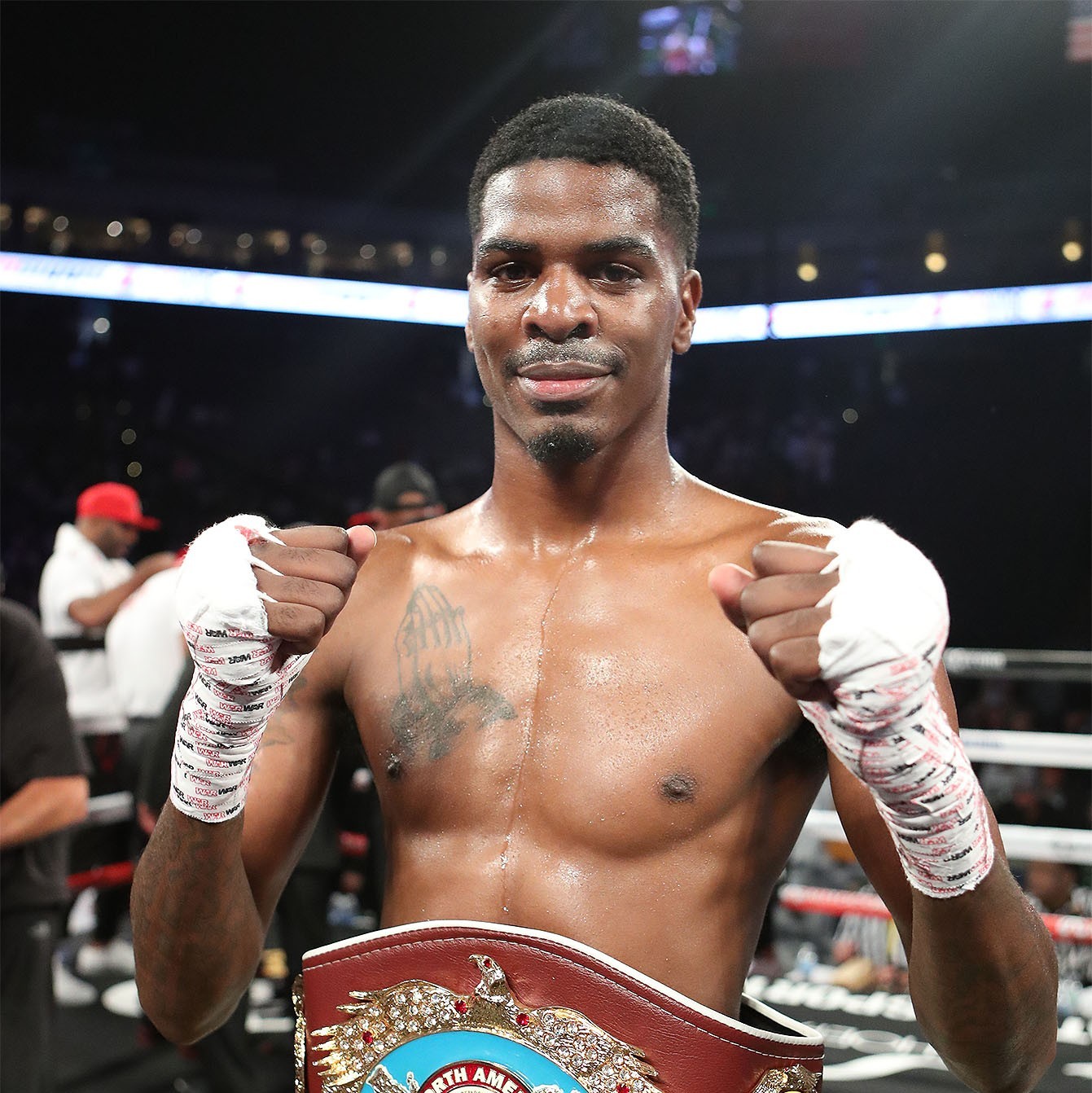 Maurice “Mighty Mo” Hooker (26-0-3, 17 KOs) is the reigning WBO junior welterweight champion that hails from Oak Cliff, Texas. In his eighth year as a professional boxer, Hooker most recently defended his world title for the second time on March 9, 2019 against Mikkel LesPierre at the Turning Stone Resort Casino in Verona, N.Y.

On November 16, 2018, Hooker successfully defended his title, toppling Alex Saucedo (28-1, 18 KOs) via a seventh-round TKO in Saucedo’s hometown at the Chesapeake Energy Arena in Oklahoma City.

Hooker’s first title defense was a thrilling back-and-forth that ultimately saw the champion overwhelm Saucedo with an assortment of combinations before finishing him off with a barrage of right hand and left hook combinations in the seventh round. The win solidified Hooker’s place as one of the world’s best fighters in the 140 lb. division and makes a claim to be among the best pound-for-pound fighters in the world.

At the age of 13, Hooker started boxing as a means to defend himself on the streets of Oak Cliff, a rough suburb of Dallas. After bouncing in-and-out of gyms, Hooker eventually found a home at Maple Avenue Boxing Gym by way of an outreach program for at-risk youths.

With the support of the program and his team, Hooker quickly developed into one of the best boxing prospects in the greater Dallas region. Over the course of 104 amateur fights, he compiled a 97-7 record with 67 victories coming by way of knockout. After solidifying his spot as one of the nation’s premier amateur boxers, Hooker turned professional on April 29, 2011, where he squared off against Tyrone Chatman at the Orpheum Theater in a fight that finished as a split draw.

Undeterred, Hooker notched his first professional win in his next bout on June 24, 2011, knocking out Wilbert Mitchell in the first round at the Dr. Pepper Arena. The Oak Cliff native would continue to pile on the victories until January 17, 2014, when judges deemed his bout against Abel Ramos to be a draw by the scores of 77-75, 76-76 and 76-76.

Four knockouts and one unanimous decision win later, Hooker emerged as a contender for the vacant NABO Junior Welterweight Championship. At the Kay Bailey Hutchinson Convention Center on June 26, 2015, Hooker didn’t disappoint the legion of hometown fans in attendance, knocking out fellow prospect Eduardo Galindo in the sixth-round to capture the title.

When it came time to defend his title, Hooker rose to the challenge, outlasting Ghislain Maduma in a 10-round decision at Madison Square Garden. Shortly after that victory on the undercard of Gennady Golovkin’s bout against David Lemieux, Roc Nation Sports announced that it had signed Hooker to an exclusive promotional agreement.

After inking the deal with Roc Nation Sports, Hooker’s first two fights took place at Oracle Arena, where he upended Wilfrido Buelvas and Tyrone Barnett via first-round TKOs. Despite a draw against Darleys Perez at the T-Mobile Arena in Las Vegas on November 19, 2016, Hooker never lost his confidence heading into the New Year.

He opened 2017 with the first international bout of his career in Tijuana, Mexico, where he defeated Cristobal Cruz at the Salon Mezzanine via a unanimous victory. The 5-foot-11 standout recently followed that performance up with a successful NABO Junior Welterweight title defense against Courtney Jackson at the Omni Dallas Hotel on August 19, 2017.

The Texas-native is close friends with former two-division world champion and ESPN’s 2017 Fighter of the Year, Terence Crawford. When Hooker isn’t in the boxing ring he enjoys spending time with his children.

Book An Experience With Maurice Hooker