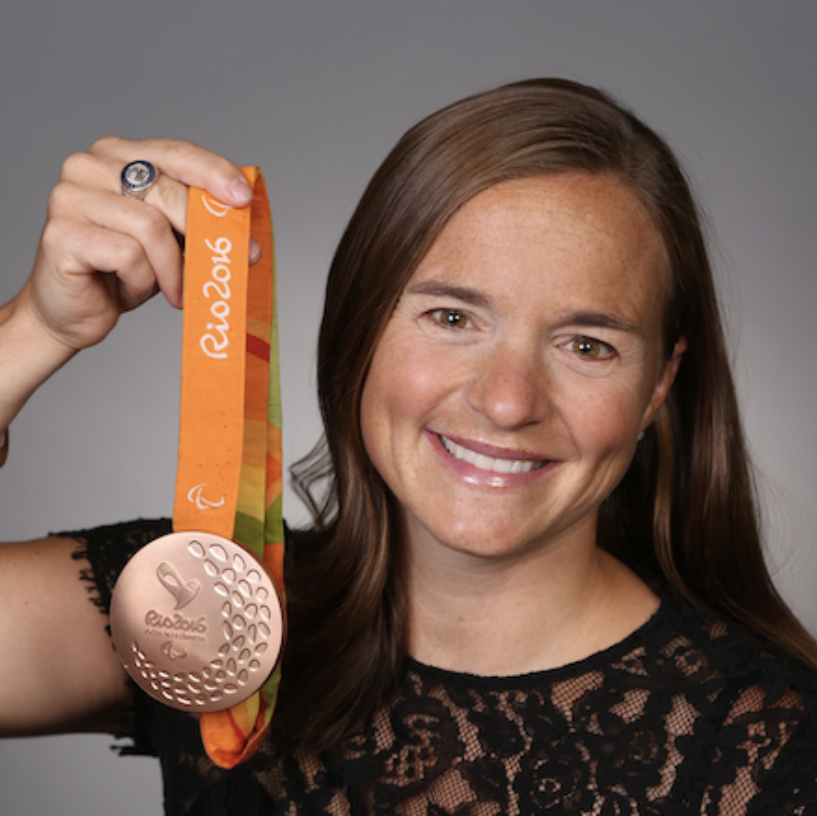 At first glance Melissa Stockwell may appear to be the quintessential Midwestern All- American girl, but she is far more. She is an American war hero who has triumphed over personal tragedy to achieve greatness, World Champion status, and she has dedicated her life to chasing remarkable accomplishments while giving back to others, particularly those who face challenges similar to her own.

In 2002, Melissa graduated from the University of Colorado and was commissioned as a Second Lieutenant in the United States Army. In March 2004, she deployed to Baghdad, Iraq. Just three weeks later, a blast from a roadside bomb struck Melissa’s Humvee causing the loss of her left leg above the knee. After enduring numerous infections and surgeries, Melissa was medically retired from the Army. She is the first female to ever lose a limb in active combat.

Following her military career, athletics become a way of life for Melissa. In April of 2008, she became the first Iraqi War Veteran to qualify for the Paralympics. She competed in three swimming events and was honored by her fellow Team USA athletes to be selected to carry the American flag in the closing ceremonies. After Beijing Melissa turned to the sport of Paratriathlon and is now a three-time World Champion. She was named USAT’s female Paratriathlete of the Year for two consecutive years and was twice nominated for an ESPY award. She recently completed her first Ironman. In 2007, Melissa completed the prosthetic practitioner program at Century College in Minnesota where she learned to fit other amputees with artificial limbs. She is also a level 1 certified triathlon coach and co-founder of the Dare2tri Paratriathlon Club, helping others with disabilities enjoy the sport of triathlon and embrace active living.

Melissa is a highly sought-after and experienced motivational speaker and has spoken for numerous Fortune 500 companies including BP, Accenture, The Hartford, Deloitte, Microsoft, P&G, Chobani, and many others. Melissa has been featured in countless media outlets including People, Sports Illustrated, The Chicago Tribune, and a Triathlon Magazine cover story. She was also featured in the documentary ‘From Baghdad to Beijing’ which chronicled Melissa and 3 other wounded warriors’ journey from the Roads of Baghdad to the Paralympics Games. Melissa is proud to have served her country as a member first of The U.S. Army and now as part of Team USA. On September 11, 2016, Melissa raced in honor of her fellow soldiers and their families who had given the ultimate sacrifice serving and protecting America. After a grueling race, the day ended on the podium, draped in the American flag, as the newly crowned Paralympic Bronze Medalist. Melissa is also a proud mother of two. On November 24, 2014, she welcomed her first child, son Dallas Patrick and on August 2, 2017, she welcomed her second child, Amelia (Millie) Lynn.

Book An Experience With Melissa Stockwell