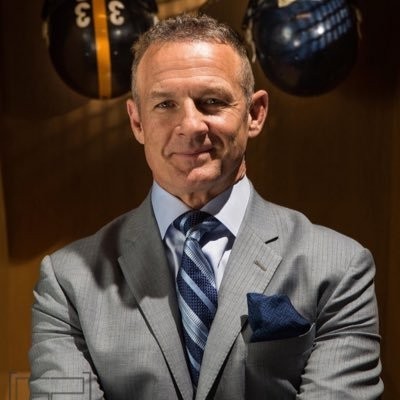 As a graduate of Idaho State University with a degree in education and a minor in health and fitness, Merril was a four-year football starter who set 44 school and conference records and two NCAA football records, one for most receptions by a back in a season and the other for most receptions by a back for a career and stood until recently when they were broken. In 1987, Merril made his childhood dream a reality when he was drafted by the Pittsburgh Steelers, where he played until 1993 and led the team in rushing and receiving in four of his first five years, setting a record in his third year for receptions by a running back. Along with Franco Harris, he is one of only two Steelers players to rush for more than 100 yards in back-to-back playoff games. He was the Steelers Iron Man of the Year two years in a row (1989 and 1990) and was named to the All-Madden team in 1989. In 1993, Merril went to the Chicago Bears as a free agent, where he played for one year until he was forced to retire early due to post-concussion syndrome.

At the time of his retirement, Merril had the longest consecutive playing streak in the NFL. Merril joined ESPN in 1995 as a football analyst and sideline reporter, where he quickly distinguished himself through his in-depth knowledge of the game and his strong relationships with the coaches and players in the National Football League. He has since served as a host and analyst for a wide variety of ESPN programs on television, radio and the Internet, including ESPN’s SportsCenter and NFL Live; Friday Football and Fantasy Insider on ESPN News; The NFL on ESPN Radio; and alongside Ron Jaworski on the highly acclaimed State Farm NFL Matchup, which is the only show that uses coaches’ tape to provide an inside look at the game. Merril is also a regular contributor to ESPN.com and to ESPN’s Sunday NFL Countdown, Monday Night Football and Super Bowl and NFL Draft coverage

.In 2003, the habits and mindset that Merril formulated throughout his childhood and carried into adulthood, helped him Find A Way to overcome the ultimate challenge – cancer. Diagnosed with non-Hodgkin’s lymphoma on February 14, Merril took on chemotherapy with the same tenacity that got him to the NFL and beat it. Through the difficult moments, Merril found inspiration through his daughter Kori, then nine, who upon hearing the news, whispered, “Dad, find a way.” On July 2, 2003, Merril was cancer-free. For all of his life accomplishments as an athlete and businessman, Merril’s biggest impact can be felt within his family and community

Book An Experience With Merril Hoge

Book me for a book signing, appearance, or event surrounding my b...