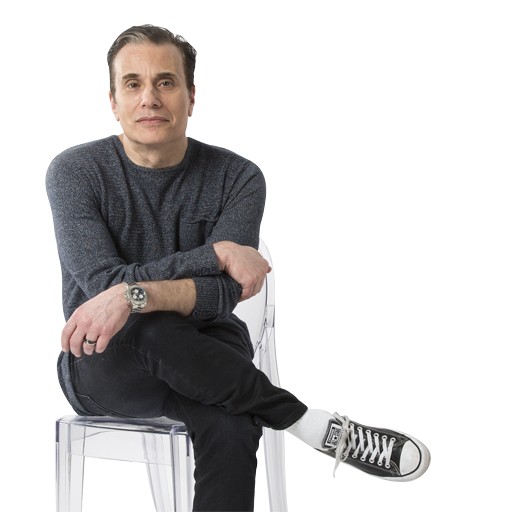 Michael Landsberg is a legend in Canadian Broadcasting. That is different than saying Michael is one of Canada’s most loved broadcasters. As the host of Canada’s longest running talk show, Off the Record, he was both liked and disliked for his candid, aggressive and sometimes unrelenting pursuit of the truth. In 2009 many people who held negative views of Michael changed. While interviewing a star athlete, who had battled depression, Michael shared his own battles. This changed not only his life, but also the lives of many Canadians who suddenly felt that they had a voice in Michael.

Since that show in 2009, Michael has become one of Canada’s most vocal mental health advocates. In 2016 he and his daughter founded a charity, Sick Not Weak. The mission of Sick Not Weak is to show the world that a mental illness, like depression, is a sickness and not a weakness. The perception of weakness is at the heart of the stigma.

For his advocacy Michael has won many awards, including the Canadian Screen Awards’ Humanitarian Award, as well as the Governor General’s Meritorious Service Medal.

Michael’s talk can change lives and save lives. How? Because he allows people to feel understood, and that is the key to reducing loneliness. He points out reducing the loneliness that always comes with depression is never about the number of people around us but the number of people who understand us. As audience members quickly realize, Michael has coined many phrases that are portable, useable, and relevant. His talks are not just directed at mental health sufferers but also those who care about them. As he says, “No one should abandon a person with a mental illness when they act like a person with mental illness.”

Michael is funny, irreverent, and totally committed to sharing as deeply as he can. His talks are not sanitized, not corporatized, and definitely not stigmatized. The rawness of Michael is exactly what people need to fortify their belief in themselves. Michael talks about everything and anything mental illness related, including suicide. As he says, "I will fight this enemy to the day of my death - but the enemy will not be the cause of my death.”

Book An Experience With Michael Landsberg