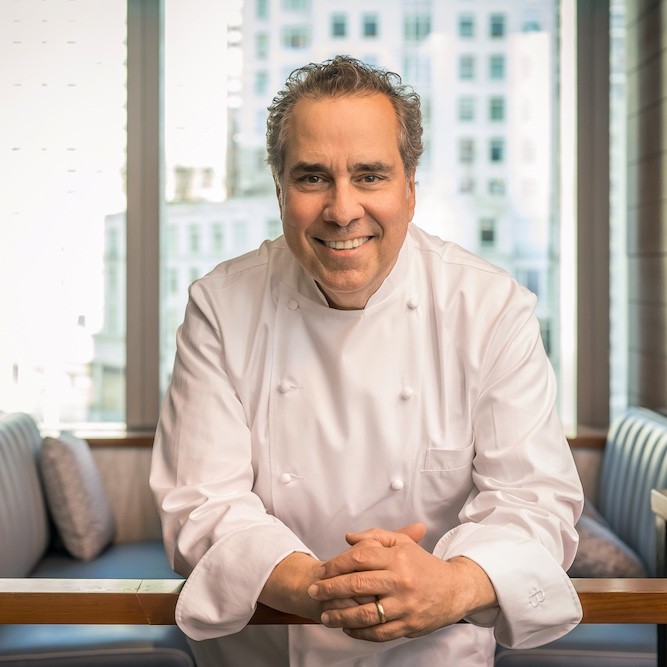 Michael Lomonaco (born January 2, 1955) is an American chef, restaurateur, and television personality. He is best known as the chef/director for Windows on the World, the restaurant located atop the North Tower of the World Trade Center. The restaurant was destroyed in the September 11th attacks, and all of the staff members who were working in the restaurant at the time of the attack died. Lomonaco survived because he was in the tower's lobby during the attacks and was then evacuated from the building. He has rebounded with the opening of Porter House New York, which was named by Esquire magazine one of America's Best New Restaurants in October 2006.

Before a culinary career, Lomonaco's goal was to be an actor, which he pursued for eight years. His training in this field has led the chef to combine his two passions in front of the camera. Lomonaco is the co-host of the Discovery Channel's program Epicurious. Previously he hosted Michael's Place on the Food Network for three years. He has also made appearances on talk shows and cooking programs such as In Julia's Kitchen with Master Chefs. He also guest starred in season five's episode of Anthony Bourdain's No Reservations, titled Disappearing Manhattan. Lomonaco has also been a featured chef on Great Chefs television.

Lomonaco is a co-author of The 21 Cookbook, published by Doubleday in 1995, commemorating his recipes at the famed restaurant. In 2004, he released "Nightly Specials: 125 Recipes for Spontaneous, Creative Cooking at Home". He has written articles and recipes for many magazines, including New York magazine, Gourmet and Food & Wine.

Book An Experience With Michael Lomonaco