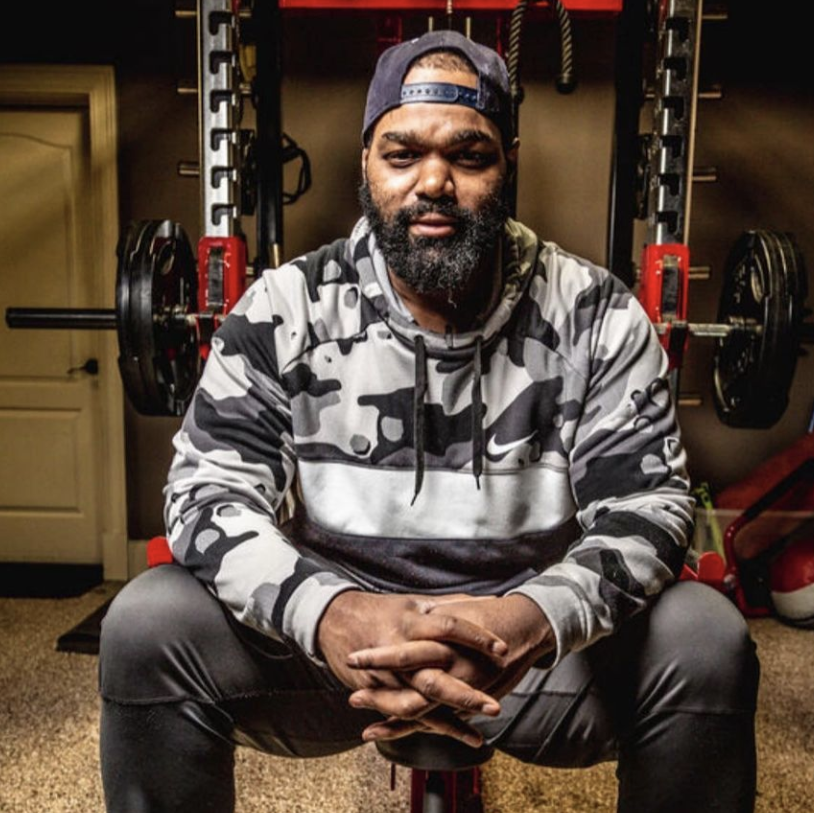 Michael Oher is a former professional football player, Super Bowl champion, and the subject of the famous Michael Lewis' book and Academy Award-winning film of the same name, The Blind Side.

Michael grew up in a broken home in Memphis, Tennessee. As a child, Michael was offered little to no support from his birth family. His mother suffered from crack cocaine addiction and alcoholism and his father was not present. Michael was in-and-out of foster homes and frequently homeless. The childhood instability was incredibly tough on Michael. He performed poorly as a student, repeating first and second grade, and ultimately attending 11 different schools during his first nine years as a student. Michael's estranged father was murdered while Oher was a high schooler.

Sean and Leigh Anne Tuohy took Oher into their home when he was 16, and the Tuohys became Oher's legal guardians when he was 17. By the beginning of his senior year, Oher was the starting left tackle on the varsity football team. He quickly became a top football prospect in the state of Tennessee, which led to multiple scholarship offers from Division 1 schools. Soon Oher became a well-known football player, receiving first-team All-America honors from USA Today and an invite to the prestigious U.S. Army All-American Bowl. He also accepted a scholarship offer from the University of Mississippi after receiving offers from Tennessee, LSU, Alabama, and NC State, among others.

After a stellar career at Ole Miss, Oher was selected 23rd overall in the 2009 NFL Draft by the Baltimore Ravens. He started all 16 games for the Ravens and helped the team reach the playoffs in his first season with the team. During the 2012-13 season, Oher helped take the Ravens all the way to Super Bowl XLVII where they beat the San Francisco 49ers. After his impressive win, Oher told ABC News that "I came so far—from nothing to a Super Bowl championship... I'm in shock right now". Oher retired after 8 NFL seasons that included 2 Super Bowl appearances. He wrote an autobiographical book published in 2011, "I Beat The Odds: From Homelessness, to The Blindside, and Beyond" and is now focused on his foundation, The Oher Foundation, and its mission to helping young men grow to their full potential and fulfill their God-given purpose.

Book An Experience With Michael Oher