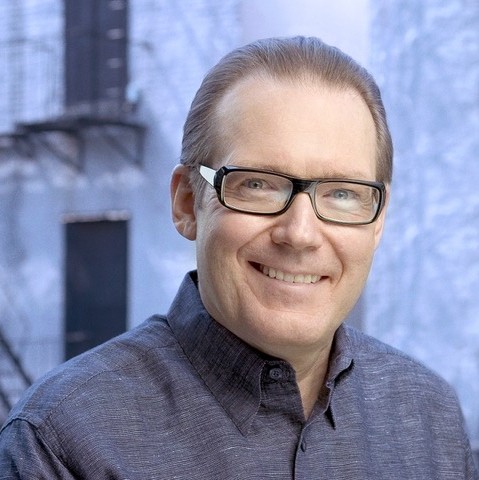 Michael Rogers is an author, futurist, and technology pioneer who also serves as futurist-in-residence for The New York Times. His consultancy, Practical Futurist, helps businesses and organizations worldwide think about the future in useful ways.

He has worked with companies ranging from FedEx, Boeing, and GE to Microsoft, Pfizer, and American Express. He addresses groups ranging from venture capitalists and corporate executives to educators, students, and the general public.  He is also a regular guest on radio and television, including Good Morning America, The Today Show, PBS, CNN, and the History Channel.

Rogers began his career as a writer for Rolling Stone and went on to co-found Outside magazine.  He then launched Newsweek’s technology column, winning numerous journalism awards, including a National Headliner Award for coverage of the Chernobyl meltdown.

For ten years he was vice president of The Washington Post Company's new media division, guiding both the newspaper and its sister publication Newsweek into the new century, as well as serving as editor and general manager of Newsweek.com where he won the Distinguished Online Service award from the National Press Club for coverage of 9/11.  He has received several patents for multimedia storytelling techniques and is listed in Who’s Who in Science and Engineering.

Rogers studied physics and creative writing at Stanford University with additional training in finance and management at the Stanford Business School Executive Program. He is also a best-selling novelist whose fiction explores the human impact of technology.  He divides his time between New York City and Sicily.  His most recent book is Email from the Future: Notes from 2084.

Note: These topics are only suggestions. Clients often mix and match from the list—or Michael creates something altogether new.

Book An Experience With Michael Rogers