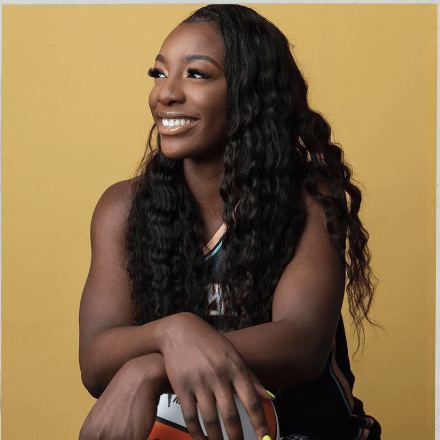 Michaela Onyenwere is a WNBA Forward who plays for the New York Liberty. In her first year with the team she received the Rookie of the Year award in the WNBA. She is a stand-out person and athlete that is bound to be a star in the WNBA. In her rookie season, she lead all rookies in points, field goals, and three-pointers made. She went to UCLA and is dedicated to making an impact on the court but also in the world. Michaela is a great person and a great athlete.

Book An Experience With Michaela Onyenwere