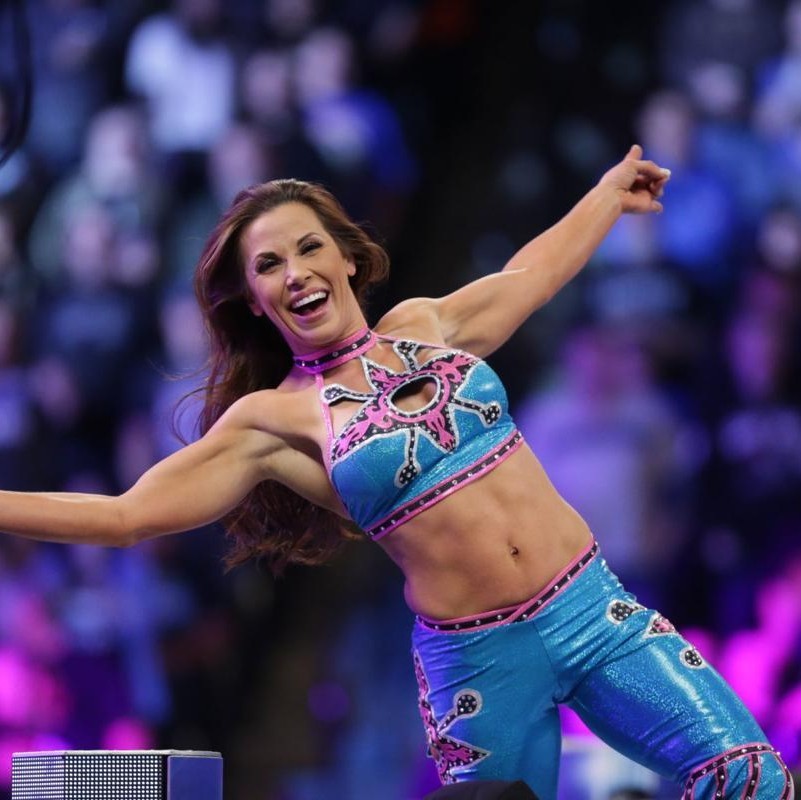 Mickie Laree James-Aldis is an accomplished American professional wrestler, singer/songwriter, actress, and model, who is presently associated with the ‘World Wrestling Entertainment’ (WWE) brand ‘Smackdown.’ ​ She uses the ring name “Mickie James.” Her wrestling career, spanning almost two decades, began in 1999. Initially, Mickie worked as a valet in the independent circuit. She first drew national attention working with ‘NWA: Total Nonstop Action,’ where she became part of the stable called ‘The Gathering.’ ​ She made her ‘WWE’ main-roster debut in October 2005 in arguably one of the most influential female storylines of all time. She emerged as a five time “WWE Womens Champion” and One time “WWE Divas Champion” claiming recognition worldwide as the top Woman in the Industry. ​ Upon departing WWE in 2010 she returned to ‘Total Nonstop Action Wrestling’ (TNA) and won the ‘TNA Knockouts Championship’ thrice, becoming a total Nine Time Womens Champion. Then, making history by becoming the first woman to ever hold all three Nationally recognized women’s television championships. ​ In 2010 Mickie James went on to release her first single “Are you with me” and her first album ‘Strangers & Angels’ with notable producer Kent Wells in Nashville TN. In 2013 Mickie was signed to “Eone Music Nashville” where she gained momentum in the release of her Single ‘Somebody’s Gonna Pay.’ with her first music video. Followed by her album “Somebody’s Gonna Pay” Which featured her TNA entrance music “Hardcore Country” as a bonus track. ​ Since then, Mickie has continued working on her new projects with fellow songwriters, and released five new singles with “SMG music and media” out of Grand Rapids Michigan. She’s collaborated with names such as “The Yang Yang Twins” on her single and music video “Left right left” She was inducted in the Native American Music Awards (NAMA) Hall of Fame in 2017 and has won 3 NAMA Single of the year/ Song of the year awards. Mickie recently opened for County Music Icons “Big & Rich” in her hometown of Richmond Va.

Book An Experience With Mickie James