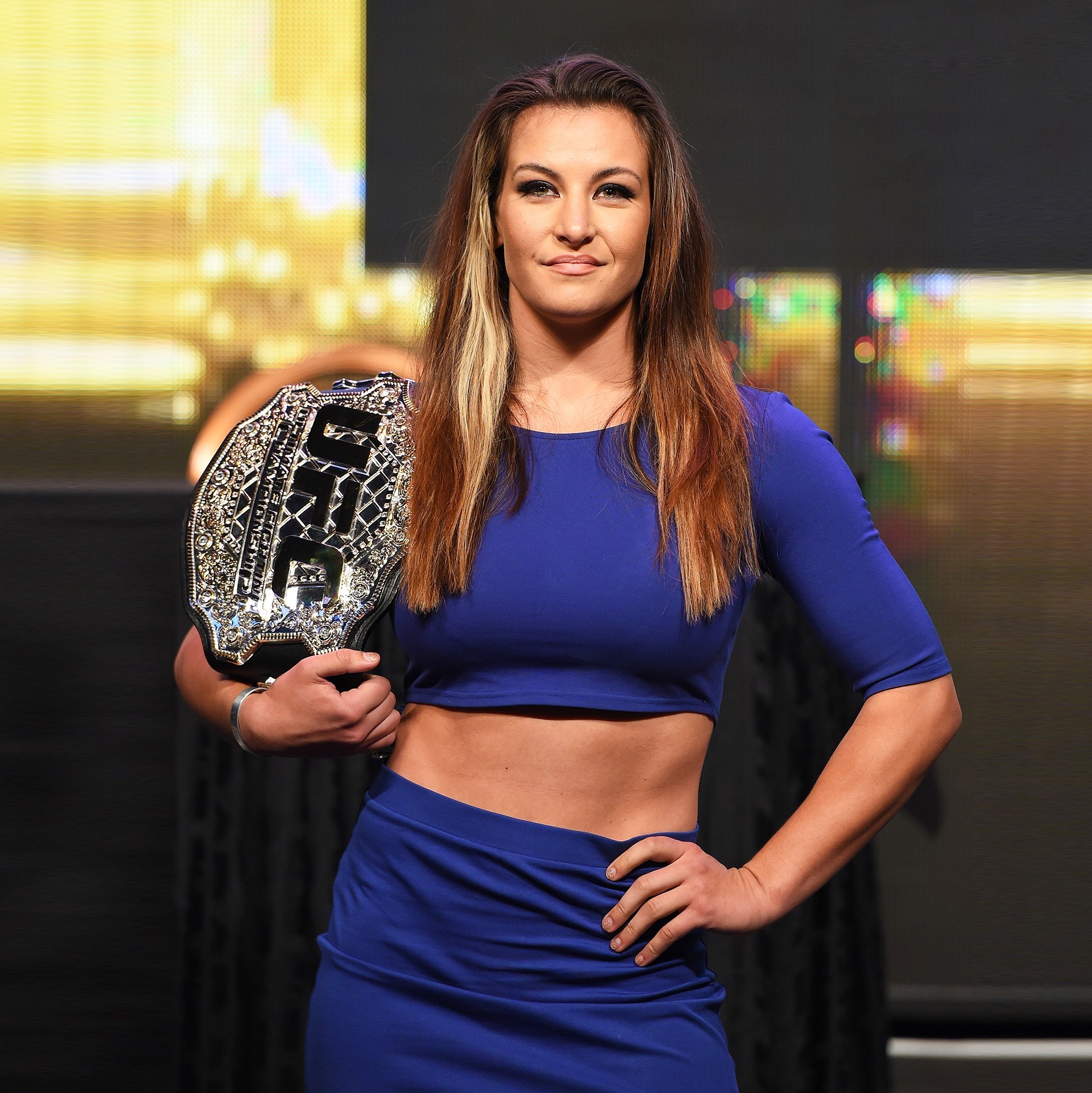 Miesha Tate is an American mixed martial arts pundit and former mixed martial artist who competed in the Ultimate Fighting Championship (UFC) and is a former UFC Women's Bantamweight Champion. Primarily known for her grappling ability, Tate became a wrestler while attending Franklin Pierce High School in Tacoma, Washington and won a state championship during her senior year in 2005. She began her professional mixed martial arts (MMA) career in 2007 and won the bantamweight championship of the Freestyle Cage Fighting promotion in 2009. Tate gained increased recognition in 2011, when she won the Strikeforce Women's Bantamweight Championship. She has also won a silver medal in the FILA Grappling Championships. Outside of MMA, Tate has modeled for numerous websites and publications, including ESPN The Magazine and Fitness Girls. In 2015, Tate was announced as a cast member in the feature film Fight Valley. Her fighting style, which focused on wrestling and Brazilian jiu-jitsu, has earned praise from multiple peers and media outlets. Ultimate Fighting Championship president Dana White has credited Tate's fight with Ronda Rousey on March 3, 2012 as the key factor in the creation of women's divisions in the UFC.

Book An Experience With Miesha Tate

Book me to a custom experience.