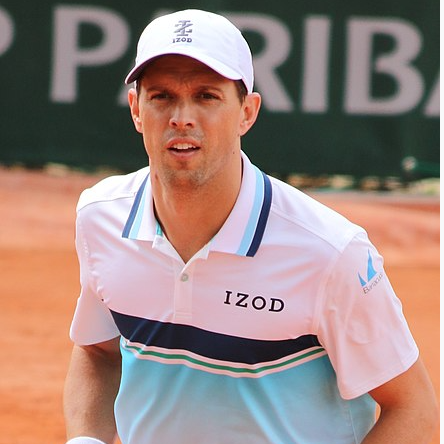 Mike Bryan is a former American professional tennis player originally from Camarillo, CA. As a doubles player, Mike has won 24 Grand Slam titles including 18 titles in men's doubles and 6 titles in mixed doubles, and is one of the few players to complete the career Grand Slam.

Over his legendary career, Mike's primary partner was his twin brother, Mike. The duo has been the world No. 1 doubles players for much of the last several years, first achieving the top ranking in September 2003. The brothers were named ATP Team of the Decade for 2000–2009. The brothers became the second men's doubles team to complete the career Golden Slam after taking the Gold Medal at the 2012 Summer Olympics in London.

Mike holds the records for the most Grand Slam doubles titles at 18, the most ATP men's doubles titles (123), and the most weeks (506) ranked number one. He won all but five of his doubles titles with his brother; with Jack Sock, he won two majors and the year-end championship in 2018, as well as the 2018 ATP World Tour Fans' Favorite Doubles Team.

Bob and Mike Bryan retired in August 2020. In their final two tournaments, the Bryan brothers successfully defended their title in Delray Beach, also winning the decisive rubber in a U.S. Davis Cup tie in Honolulu

Book An Experience With Mike Bryan