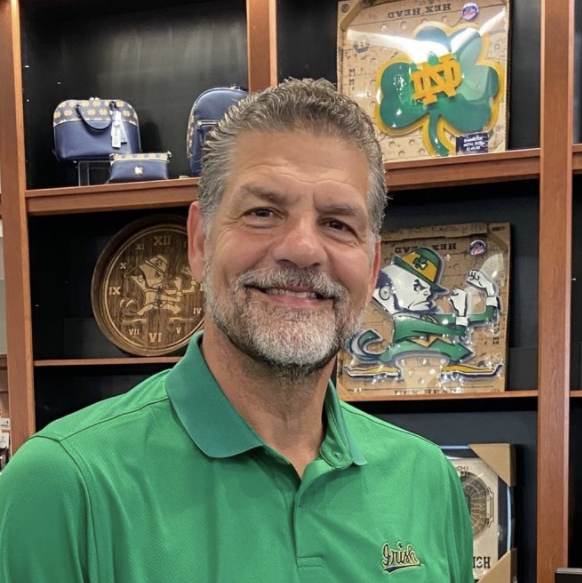 Mike Golic. Sr became an icon during his 17-year stint as the host of sports talk show Mike and Mike on ESPN. He, alongside Mike Greenberg, became one of ESPN's most recognizable faces, and the pair are widely regarded as one of the most dynamic sports talk duos of all time. Long before, however, Golic had already made a name for himself. After graduating from the University of Notre Dame and captaining their football team in 1985, Golic was drafted by the Houston Oilers with the 255th pick in the NFL draft. He went on to play 8 seasons as a defensive tackle with the Oilers, Philidelphia Eagles, and Miami Dolphins. After retiring from the NFL, Mike was hired at ESPN, where he hosted Mike and Mike from 2000-2017 and Golic and Wingo from 2017-2020. Originally from Willowick, Ohio, Mike is now retired and resides in South Bend, Indiana, and Scottsdale, Arizona with his wife Christine. Mike and Christine have three children: Mike Jr., Jake, and Sydney.

Please fill out the form to request more information about Mike Golic Sr.