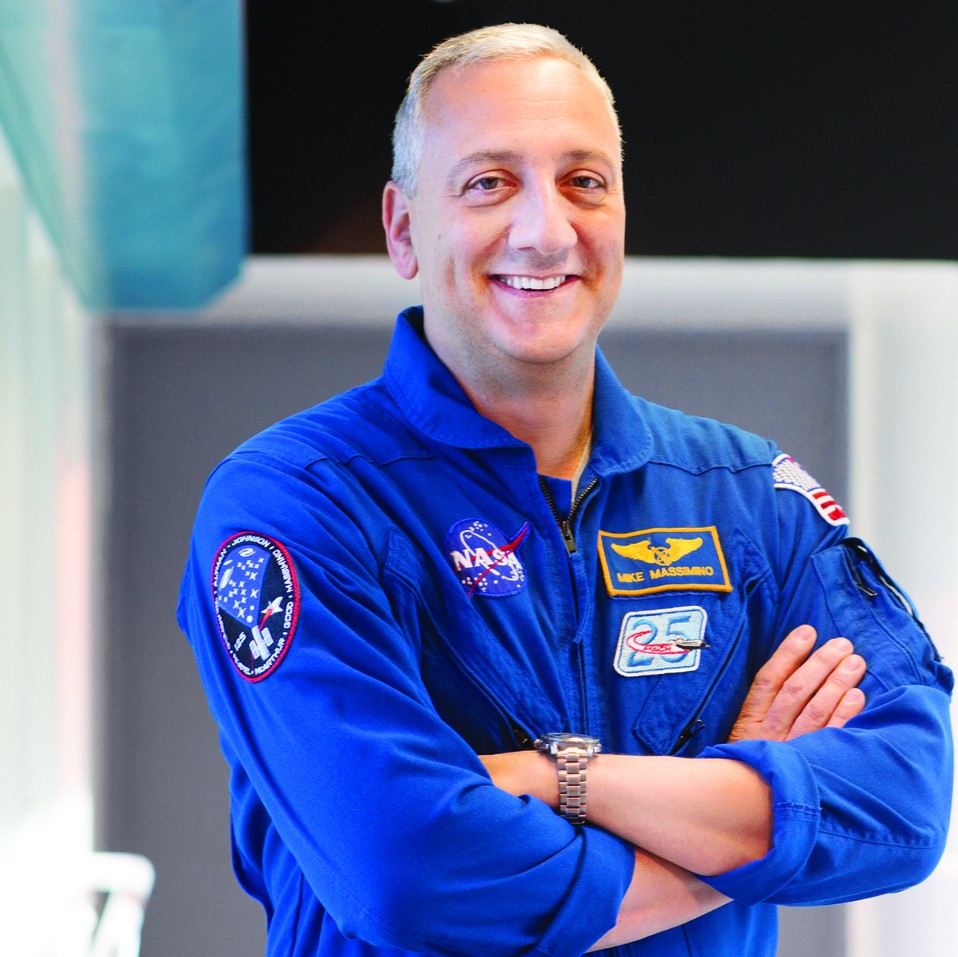 After working as an engineer at IBM, NASA, and McDonnell Douglas Aerospace, along with academic appointments at Rice University and at the Georgia Institute of Technology, Mike was selected as an astronaut by NASA in 1996, and is the veteran of two space flights, the fourth and fifth Hubble Space Telescope servicing missions in 2002 and 2009. Mike has a team record for the number of hours spacewalking in a single space shuttle mission, and he was also the first person to tweet from space. During his NASA career he received two NASA Space Flight Medals, the NASA Distinguished Service Medal, the American Astronautical Society’s Flight Achievement Award, and the Star of Italian Solidarity.

Mike has made numerous television appearances, including a six-time recurring role as himself on the CBS hit comedy The Big Bang Theory. He has hosted Science Channel’s The Planets and its special Great American Eclipse. He is featured in National Geographic Channel’s series One Strange Rock and is the host for Science Channel’s series The Planets and Beyond. He is a frequent guest on television news and talk show programs, including NBC’s Today Show, ABC’s Good Morning America, and CNN. He has also appeared on the Late Show with David Letterman and the Late Late Show with Craig Ferguson, and on StarTalk radio and television shows.

Mike’s book, Spaceman: An Astronaut’s Unlikely Journey to Unlock the Secrets of the Universe, has received rave reviews and is a New York Times best-seller. He is a recipient of the 2017 Christopher Award, the 2017 Columbia University Community Impact Outstanding Community Service Award, the 2017 National Space Club Communications Award, and in 2018 was inducted into the Long Island Air and Space Hall of Fame. The street that Mike grew up on in Franklin Square, Long Island has been renamed “Mike Massimino Street.”

Book An Experience With Mike Massimino