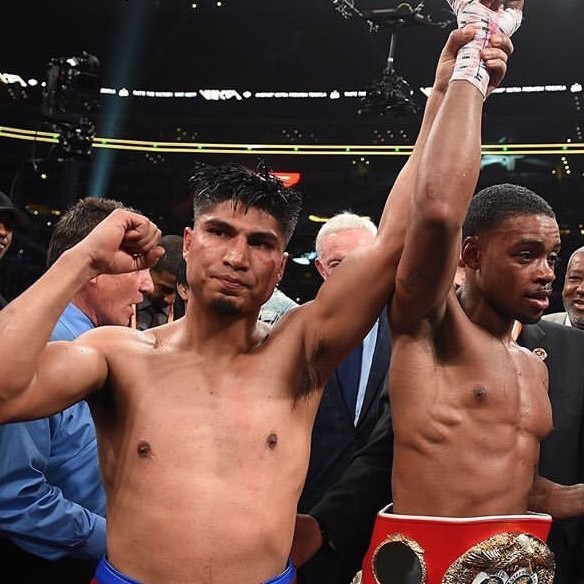 Mikey Garcia is a professional boxer from the United States. He has held multiple world championships in four weight classes, including the lineal light welterweight title since 2018; previously he held the WBO and Ring magazine featherweight titles in 2013, the WBO junior lightweight title from 2013 to 2014, the WBC and IBF lightweight titles between 2017 and 2019, and the IBF junior welterweight title in 2018. He has also challenged once for the IBF welterweight title in 2019. As of April 2019, Garcia is ranked as the world's eighth best active boxer, pound for pound, by ESPN; ninth by The Ring; and tenth by the Transnational Boxing Rankings Board. In February 2014, Garcia, along with Bernard Hopkins and a few other athletes, attended a summit at the Lou Ruvo Center for Brain Health at the United States Capitol, in support of furthering research of preventing brain damage and other mental risk in competitive activity. The summit consisted of speeches about preventing brain damage and research to aid already suffering victims.

Book An Experience With Mikey Garcia