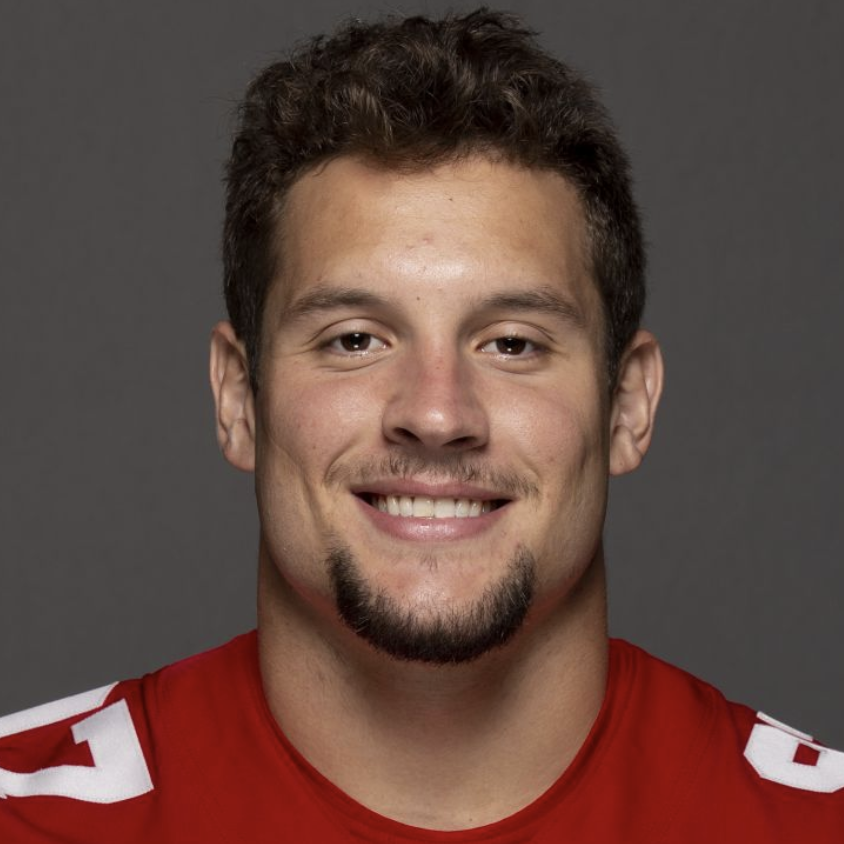 Nicholas Bosa is an American football defensive end for the San Francisco 49ers of the National Football League. He played college football at Ohio State, and was drafted second overall by the 49ers in the 2019 NFL Draft. As a rookie, Bosa was named NFL Defensive Rookie of the Year by having nine sacks and helping the team reach Super Bowl LIV. He also reached his first pro bowl.

Book An Experience With Nick Bosa

Submit an inquiry if you are interested in partnering with Nick o...