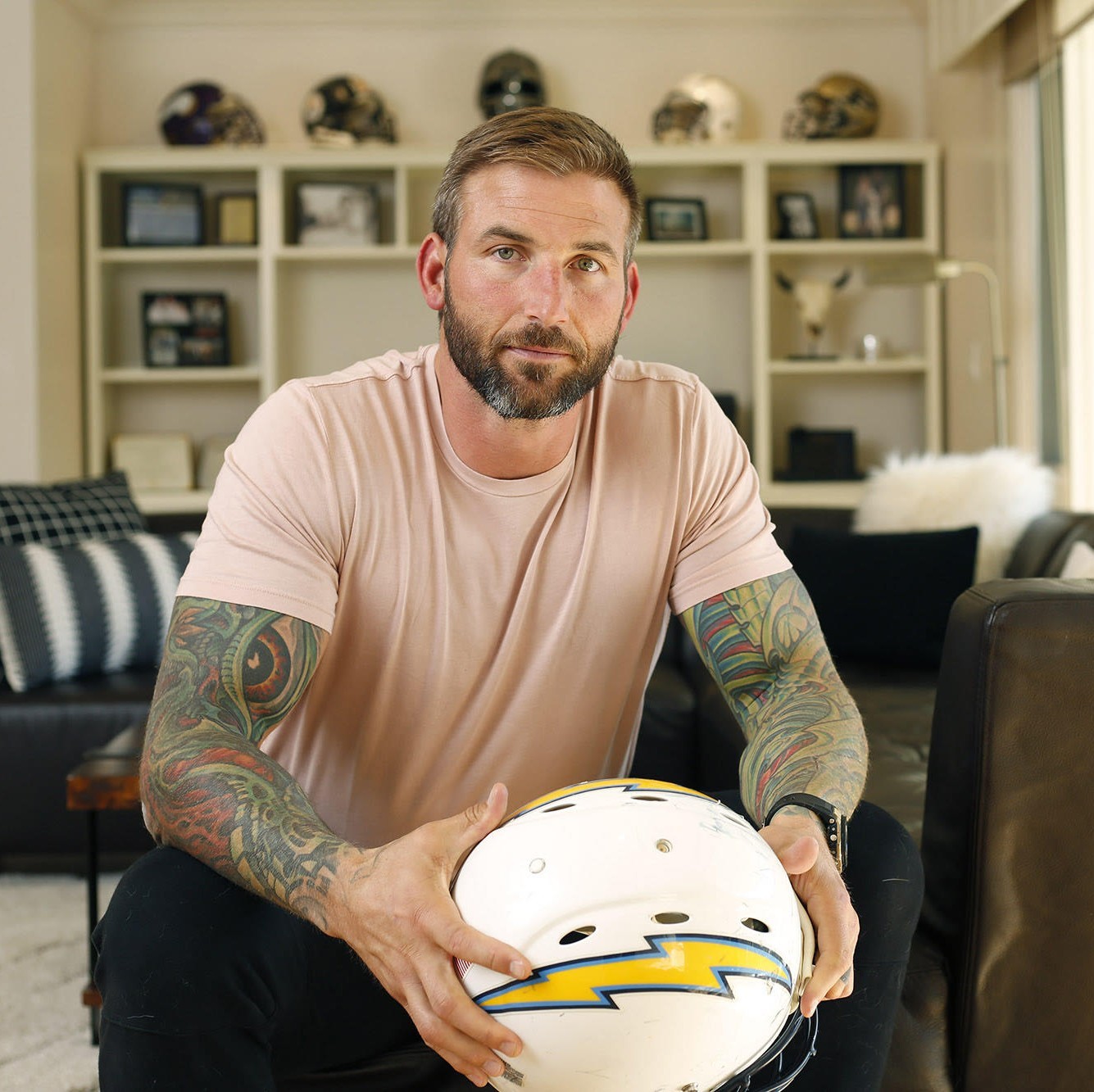 Nick Hardwick is an 11-year National Football League veteran and former center for the Purdue Boilermakers. During career in San Diego, Hardwick was considered one of the most popular Chargers in team history and widely revered as the cornerstone of one of the teams most productive offensive lines that forged the way for such Pro Bowl players as: LaDainian Tomlinson, Drew Brees and Phillip Rivers. Today, Hardwick works on the media side of the sport industry. His current positions include local TV Sportscaster on Fox 5 San Diego, weekly radio contributor on three iHeart Radio stations; and host of his own Podcast, "Finding Center with Nick Hardwick." Nick lives in San Diego with his wife Jayme, and their two boys, Hudson (4) and Ted (2).

Book An Experience With Nick Hardwick

Book me to keynote your upcoming event, appear on your next panel...

Nick was a real surprise for me. Not being a diehard professional sports fan and knowing very little about the technical aspects of football, I came to my business organization dinner where Nick spoke as a sceptic. Nick did an excellent job of engaging the group with stories about family, integrity and success. He was able to weave sports and his career in Football into the presentation without it being the only focus. Nick has an unusual ability to command a venue and keep everyone interested. Nick has a great future as a motivator, mentor and Keynote Speaker

Nick Hardwick graciously accepted the invitation to speak at our annual Society of Industrial and Office Realtors (SIOR) Commercial Real Estate event. Without question, Nick was one of the best speakers we have had in the past 10 years. Most people who live in or close to San Diego are aware of Nick’s successful career in the NFL with the San Diego Chargers so I was excited to attend the event and listen to his speech. Within the first 2 minutes, he had the entire audience completely locked in, engaged and falling out of their seat with laughter. Throughout the balance of his speech, Nick’s message was the perfect blend of humorous stories and genuine takeaways absorbed from overcoming challenging obstacles during his career as a professional athlete. Nick is dynamic in an audience. If you want a speaker with enthusiasm, passion and the ability to engage your listeners, Nick can deliver.

“Nick’s story was truly inspiring. He connected right away with the group, which made an unforgettable experience.”

“Nick was everything we asked for and more. Not only did he engage and energize the crowd, he got a standing ovation and connected with our audience on their level. He delivered a laughter filled address with showing a very personal side to himself. Fantastic!"