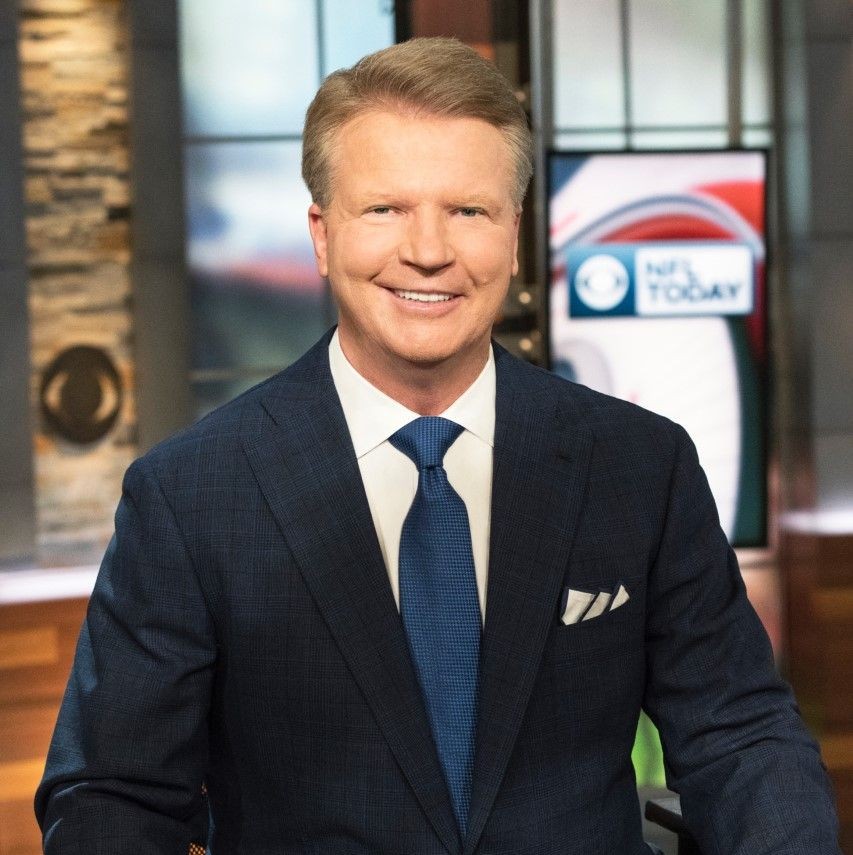 Phil Simms is a sportscaster for CBS and a retired NFL quarterback. The Kentucky native played DII college football at Morehead State, and was surprisingly selected 7th overall in the 1979 NFL Draft by the New York Giants. Simms would have a legendary, 15-year career in New York, winning two Super Bowls and going to two Pro Bowls. Simms’ completion percentage (88%) in Super Bowl XXI remains a Super Bowl record, with that performance earning him Super Bowl MVP. After retiring from the game, Simms transitioned to television, beginning as an analyst for ESPN then doing color commentating for NBC before landing at CBS. Simms now serves as an analyst for CBS Television Network’s NFL coverage on The NFL Today, contributor on Showtime's Inside The NFL, contributor on CBS Sports Network’s NFL Monday QB and co-host of the SiriusXM’s Mad Dog Sports Radio program Simms and the Mad Dog. From 1998 until 2016, Simms served as the lead NFL analyst for CBS’s NFL coverage on the lead NFL broadcast team. Over the years, he has called several Super Bowls.

Simms also authored the New York Times bestselling Sunday Morning Quarterback: Going Deep on the Strategies, Myths and Mayhem of Football. As a result of his football IQ, Simms has become a Quarterback Skills Expert to which he provides evaluations to top NFL personnel directors.

Book An Experience With Phil Simms

Have a question for Phil? Book a Q&A to ask him!

Want to meet Phil? Book a Meet and Greet!