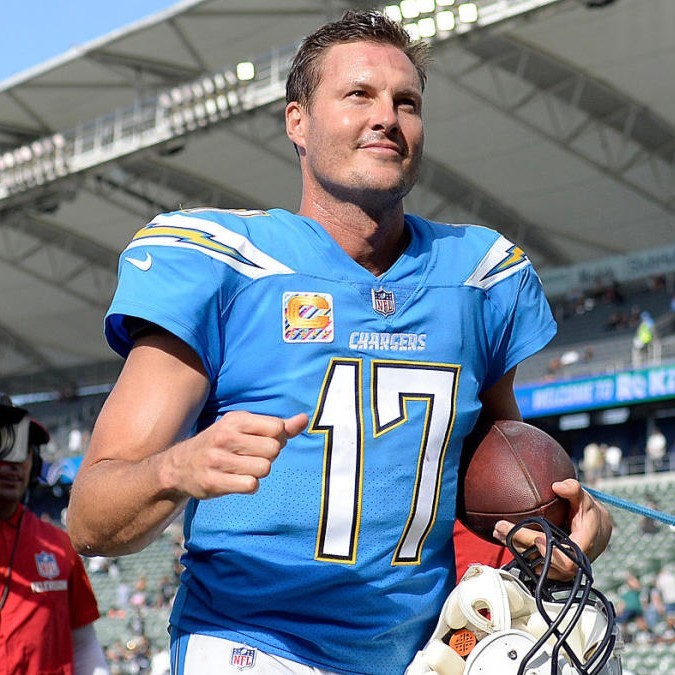 Philip Rivers is a former NFL quarterback for the Indianapolis Colts. Rivers was drafted 4th overall in the 2004 NFL Draft by the New York Giants, but was traded to San Diego Chargers on draft night in exchange for Eli Manning. Rivers played his college football at North Carolina State. Over his lengthy NFL career, Rivers has been voted to 8 Pro Bowl teams and was the NFL's Comeback Player of the Year in 2013. Rivers played the entrirety of his career with the Chargers before signing with the Colts in the 2020 offeseason. He also holds the NFL record for consecutive completions. Rivers is widely considered one of the best quarterbacks to never win a Super Bowl.

Off the field, Rivers is a man of faith and family. He is a great father to his 8 children and active in his church.

Book An Experience With Philip Rivers