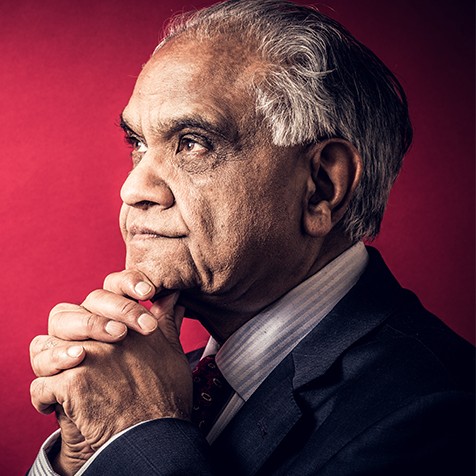 In his work with companies including Toyota, Bank of America, Key Bank, ICICI Bank,
Aditya Birla Group, Novartis, Max Group, Yildiz Holdings, UST Global, Fast Retailing
(Uniqlo), Humana, Matrix, Longfor, and two of the four largest digital companies in
China, he is known for cutting through the complexity of running a business in today’s
fast-changing environment to uncover the core business problem.

His real-world solutions, shared with millions through his books and articles in top
business publications have been praised for being practical, relevant, and highly
actionable — the kind of advice you can use Monday morning. Jack Welch, former
Chairman of GE said, “He has the rare ability to distill meaningful from meaningless and
transfer it to others in a quiet, effective way.”

Professor Charan has coached more than a dozen leaders who went on to become
CEOs. He reaches many more up and coming business leaders through in-house
executive education programs. His energetic, interactive teaching style has won him
several awards, including the Bell Ringer award at GE’s famous Crotonville Institute and
the best teacher award at Northwestern.

He was among Business Week‘s top ten resources for in-house executive development
programs. Ram has authored or co-authored more than 30 books that have sold over 4
million copies in more than a dozen languages. Four of his books were Wall Street
Journal bestsellers, including Execution (co-authored with former Honeywell CEO Larry
Bossidy), which spent more than 150 weeks on the New York Times bestseller list. He
also has written for publications including over 12 articles for Harvard Business Review,
12 articles for Fortune and numerous articles for BusinessWeek, Time, Chief Executive, and USA TODAY.

Ram was elected a Distinguished Fellow of the National Academy of Human Resources
and was named one of the most influential people in corporate governance and the
board room by Directorship magazine. He has served on the Blue Ribbon Commission
on Corporate Governance and serves or has served on a dozen boards in the US,
Brazil, China, India, Canada, and Dubai.

Book An Experience With Ram Charan