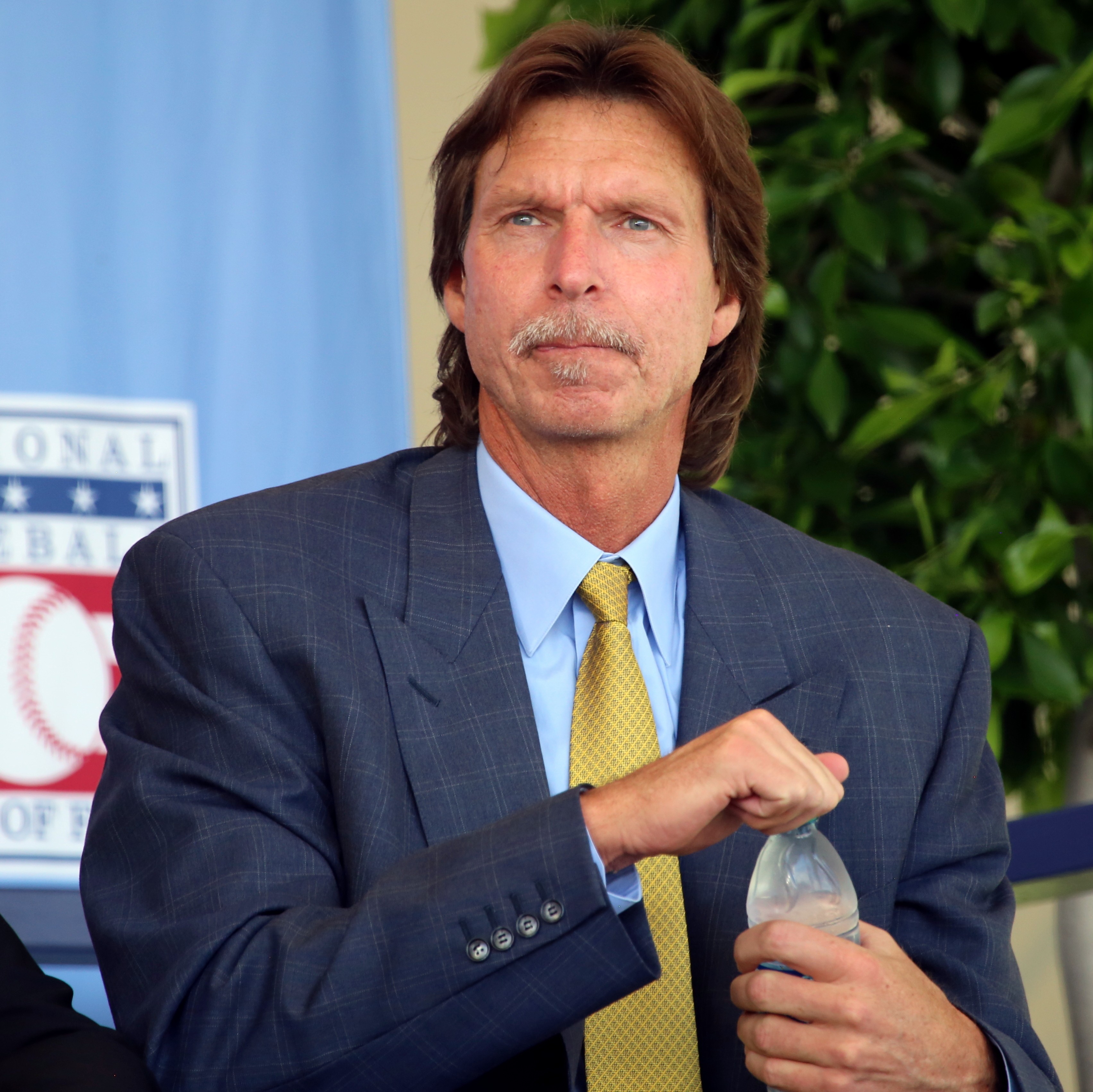 Randy Johnson is a former MLB pitcher, nicknamed "The Big Unit," who played 22 big league seasons and was a first-ballot Hall of Famer in the Major League Baseball Hall of Fame in 2015. Johnson played primarily for the Seattle Mariners and Arizona Diamondbacks. His 303 career victories rank as the fifth-most by a left-hander in MLB history, while his 4,875 strikeouts place him second all-time behind Nolan Ryan and are the most by a left-hander. He holds five of the seven highest single-season strikeout totals by a left-hander in modern history. Johnson won the Cy Young Award five times, second only to Roger Clemens' seven, and he is one of only two pitchers (the other being Greg Maddux) to win the award in four consecutive seasons (1999–2002). In 1999, he joined Pedro Martínez and Gaylord Perry in the rare feat of winning the award in both the American and National Leagues (a feat since accomplished by Clemens, Roy Halladay, and Max Scherzer). He is also one of five pitchers to pitch no-hitters in both leagues. On May 18, 2004, at the age of 40, Johnson became the oldest pitcher in major league history to throw a perfect game and is one of seven pitchers who have thrown a perfect game and at least one other no-hitter in their careers. He is also one of 18 pitchers in history to record a win against all 30 MLB franchises. On May 8, 2001, Johnson achieved striking out 20 batters in a game, doing so against the Cincinnati Reds. Johnson won the 2001 World Series as a member of the Arizona Diamondbacks and was named World Series MVP. Along with being in the MLB Hall of Fame, Johnson is also in the Arizona Diamondbacks Hall of Fame and the Seattle Mariners Hall of Fame. Johnson won the 2002 Triple Crown, MLB wins leader in 2002, and is a ten-time MLB All-Star.

Book An Experience With Randy Johnson