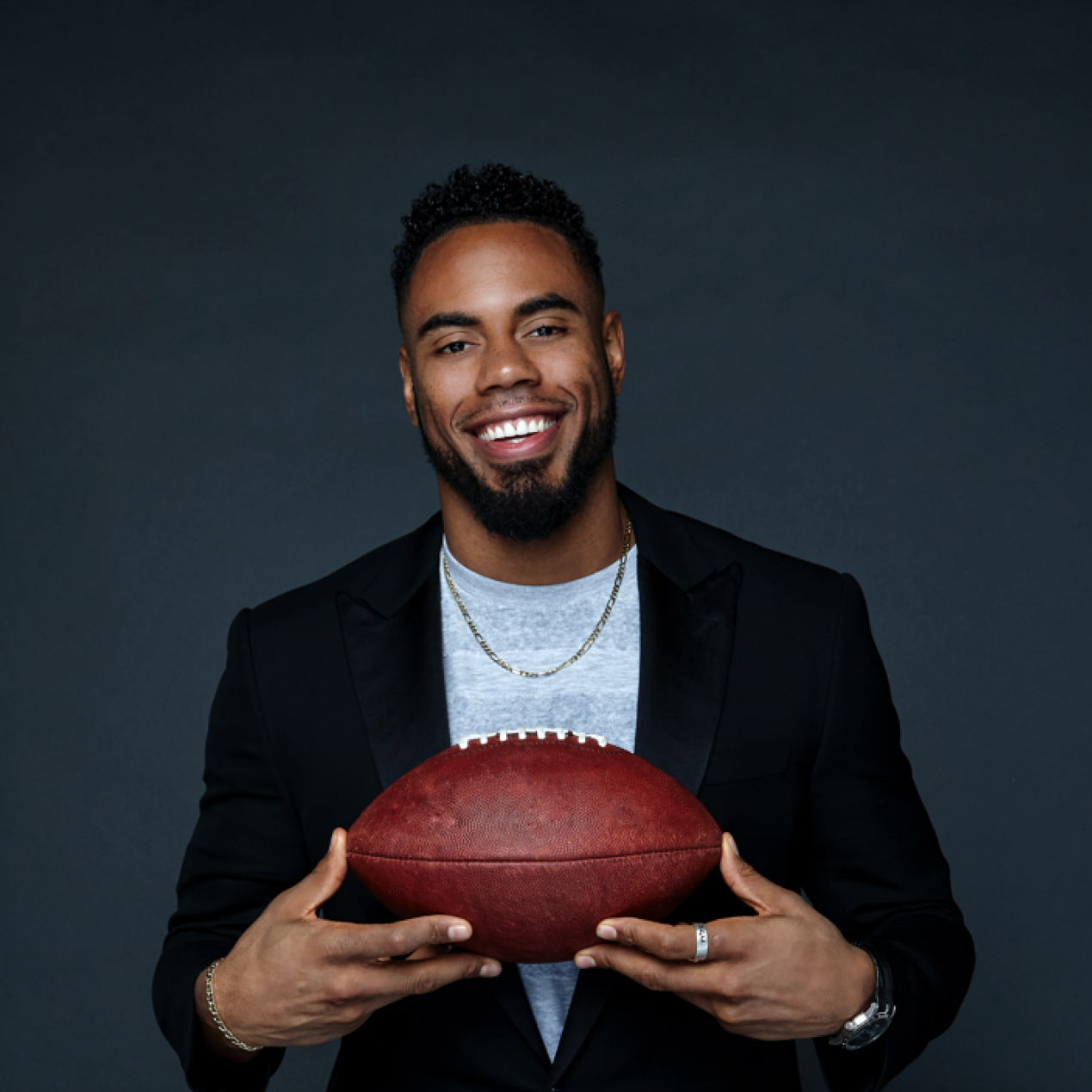 Rashad Jennings is a former NFL Running Back for the Jacksonville Jaguars, Oakland Raiders, and New York Giants. Following his playing career, Rashad joined the cast of Dancing With the Stars, eventually winning the Mirror Ball Trophy, became a NY Times Best Selling Author, and has become an active speaker and philanthropist. Rashad played his collegiate football at the University of Pittsburgh, but transferred during his Sophomore year to Liberty University to be closer to home to help care for his father who was suffering severely from diabetes related complications.Against all odds, Rashad was drafted by the Jacksonville Jaguars in 2011 as the 23rd pick. He played with the Jaguars from 2009-2012, the Oakland Raiders in 2013, the New York Giants from 2014-2016, and retired with the GIANTS in 2017. That same year, without missing a beat, Rashad joined the cast of ABC’s Dancing With The Stars Season 24, and went on to win the coveted Mirror Ball trophy. Since then, Rashad has become a regular TV talk and sports show personality. And in 2018 he published his first book The IF In Life: How To Get Off Life’s Side Lines and Become Your Best Self, which quickly reached the New York Times Bestsellers list. Rashad has since also become a children’s author, with the release of the first book in The Coin Slot Chronicles series, Arcade and the Triple T Token, and the upcoming September release of Arcade and the Golden Travel Guide. Rashad is an entrepreneur who also continues to learn new skills, to study acting, and to involve himself in various charitable pursuits through the Rashad Jennings Foundation.

Book An Experience With Rashad Jennings

Book me to appear at your business or local book store to speak o...