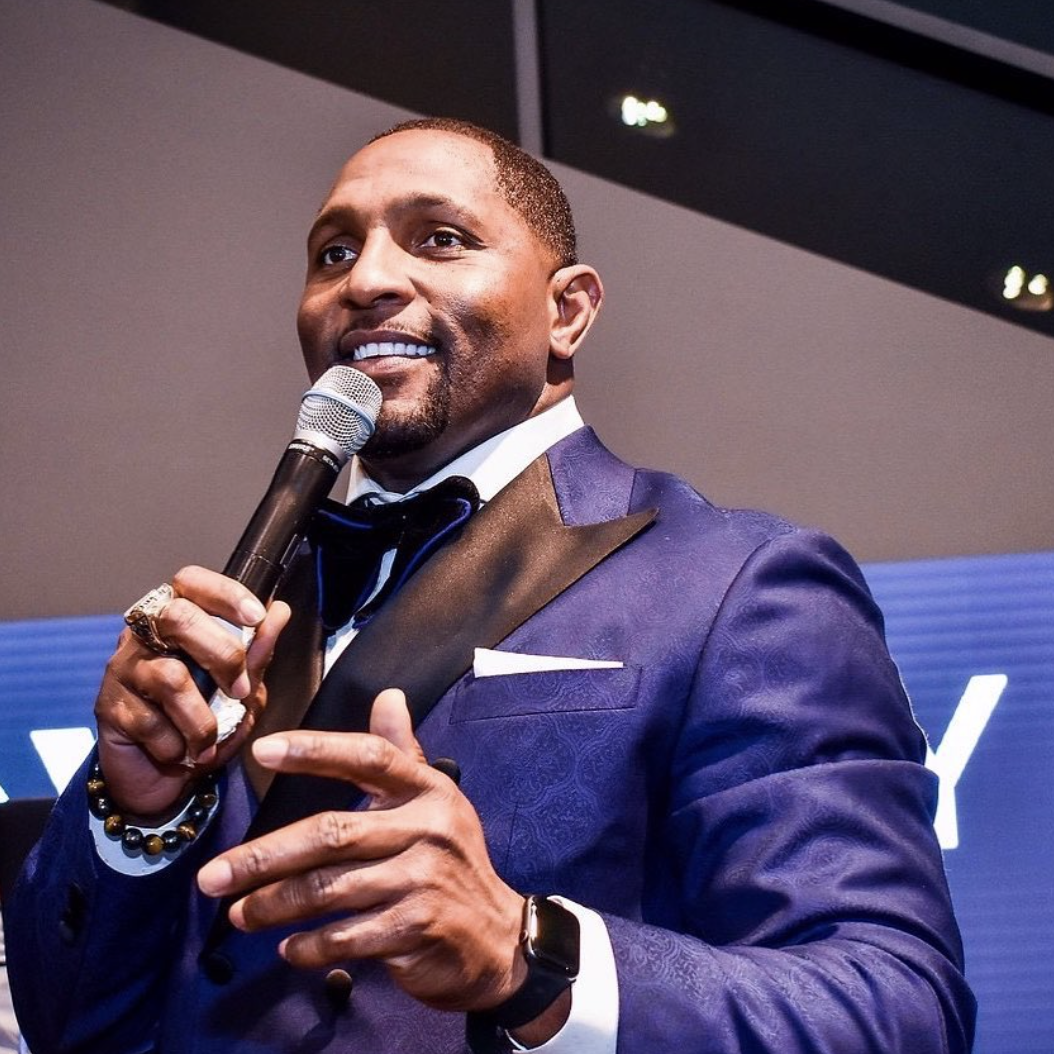 Ray Lewis is a former NFL linebacker and a football media personality. The Florida native attended the University of Miami and was a 2x All-American in three seasons with the Hurricanes. He was selected in the 1st round of the 1996 NFL Draft by the Baltimore Ravens, the only team he would suit up for in an illustrious 17-year NFL career. Ray was a 2x Super Bowl champion, a Super Bowl MVP, 2x Defensive Player of the Year, 7x First-team All-Pro, and 13x Pro Bowler. Ray led the league in tackles for three seasons and has the most combined, solo, and solo tackles in a season in league history. A tackling machine, he was also renowned for his raw passion and leadership while representing the Ravens. Ray retired after the 2012 NFL season and was inducted into the Pro Football Hall of Fame in 2018. Lewis was part of ESPN’s NFL coverage and is now an analyst for FOX as well as Inside The NFL on Showtime. Ray is the father of six children and splits his time between Baltimore, MD and Miami, FL.

Book An Experience With Ray Lewis