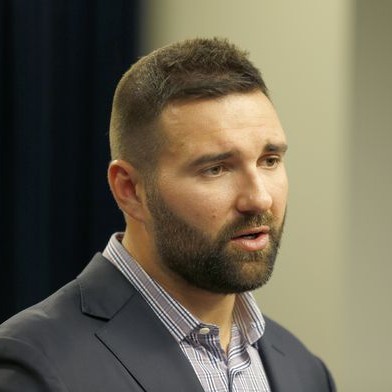 Rob Ninkovich is a former NFL Outside Linebacker who played 11 seasons for the New Orleans Saints, Miami Dolphins, and New England Patriots. He was drafted in the 5th round of the 2006 NFL Draft by the Saints after playing his college football at Purdue University. After short stints in Miami and New Orleans, Ninkovich was added by the Patriots in 2009 and went onto play 8 seasons in Foxborough, winning 2 Super Bowl Championships during his time with New England. In early 2019, it was announced that Ninkovich will be joining ESPN as an NFL analyst.

Book An Experience With Rob Ninkovich