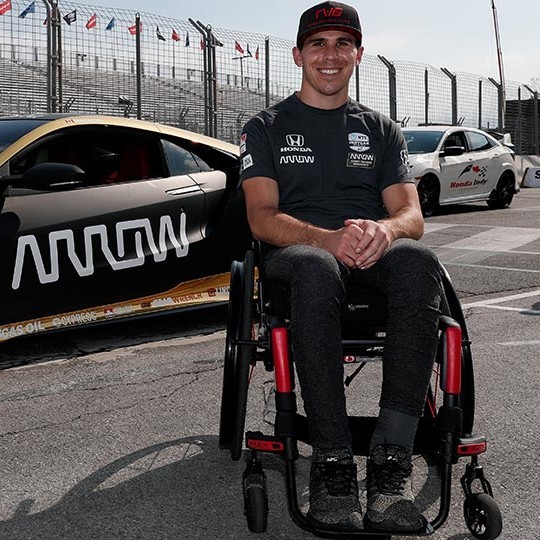 Robert Wickens is a Canadian racing driver from Guelph, Ontario, last driving in the IndyCar Series for Schmidt Peterson Motorsports. In 2009 he finished in second place in the FIA Formula Two Championship, and in 2010 he was runner-up in the GP3 Series. Wickens signed to drive for Schmidt Peterson Motorsports in the 2018 IndyCar Series, going on to claim pole position in his debut race at the 2018 St. Petersburg Grand Prix. His promising debut IndyCar season came to a premature end when a violent crash during the 500-mile race at Pocono left him a paraplegic and put him into a medically induced coma for ten days. Doctors said he'd never walk again, but Wickens proved them wrong. He has found success in the iRacing circuit, and hopes to one day return to drive in the IndyCar Series.

Book An Experience With Robert Wickens

Book Robert to hear his incredible story of perseverance and overcoming. A great stor...