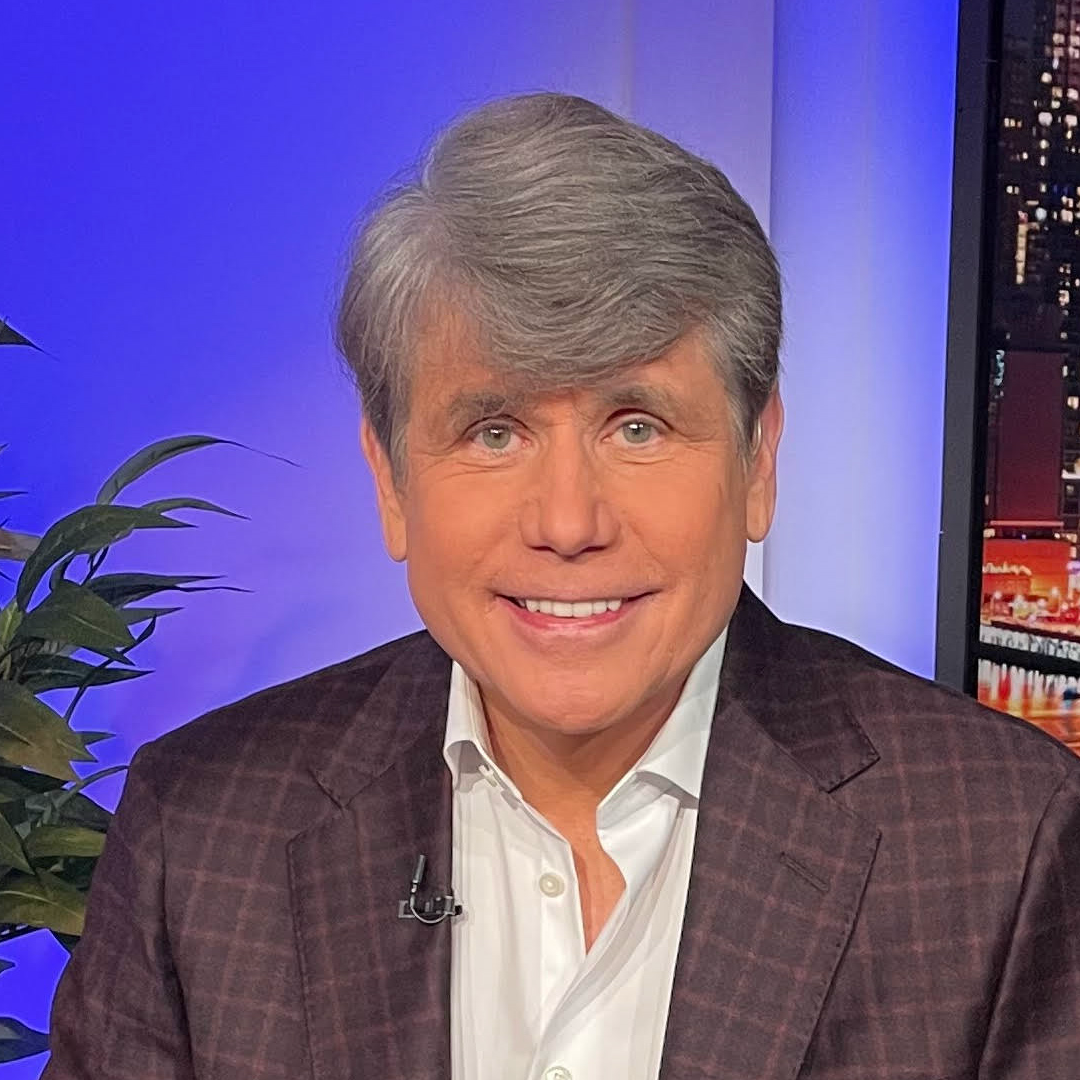 Rod Blagojevich has lived an interesting life, to say the least.  He was the Governor of Illinois.  The first Democrat elected to that office in 26 years.  He was also the first Illinois Governor to be impeached.  Later, he was known as Federal Prisoner number 40892–424 after being convicted on public corruption charges having to do with the U.S. Senate seat vacated by Barack Obama when he became President.  But there’s so much more to his story…

Born to a blue-collar family in Chicago, Rod shined shoes, delivered pizzas, and worked in a meat packing plant when he was growing up.  He also worked for two summers on the Alaskan Pipeline.  Thanks to the sacrifice of his parents and his continued hard work, he attended and graduated from Northwestern University and went on to get a law degree from Pepperdine University.  He was an Assistant State’s Attorney for Cook County, Illinois, a state representative, and in 1996 was elected to the U.S. Congress.

In 2002, his personal version of the American Dream continued as he beat long odds to become the 40th Governor of the state of Illinois. The story seldom told about that time is that as unlikely a choice as he was, he initially thrived.  He created historic access to affordable healthcare for children in Illinois. Free mammograms and Pap Smears for tens of thousands of women without health insurance.  Established free public transportation for every senior citizen and disabled person in the state and blocked his own party’s attempts to raise taxes in the process.

In 2008 his dream, the classic “only in America” success story, took a decided turn towards becoming a nightmare.  Working to fill the U.S. Senate seat vacated by the election of President Barack Obama, Blagojevich was charged with corruption, impeached, tried twice, and finally convicted and sentenced to 14 years in prison.  He served 8-years of the sentence before having it commuted by President Donald Trump on February 18, 2020.  While having made peace with the events that caused incredible pain for his family, he maintains steadfastly, as he always has, that he is innocent.

Back home in Chicago, he is building a media company with a very specific mission:  Work to restore common sense to the conversation about those issues most impacting our daily lives.  Blue Suede Shoes Productions is currently working on a documentary series, a podcast, and daily content distributed on social media that encourages Americans to look beyond the talking points of a particular party and instead focus on solutions to benefit everyone.

One final note:  In case the company name – Blue Suede Shoes – piqued your curiosity, Rod is perhaps the biggest Elvis fan on the planet.  An Elvis trivia master, he helped pass the time in prison by fronting an Elvis tribute band.  True story.

Book An Experience With Rod Blagojevich